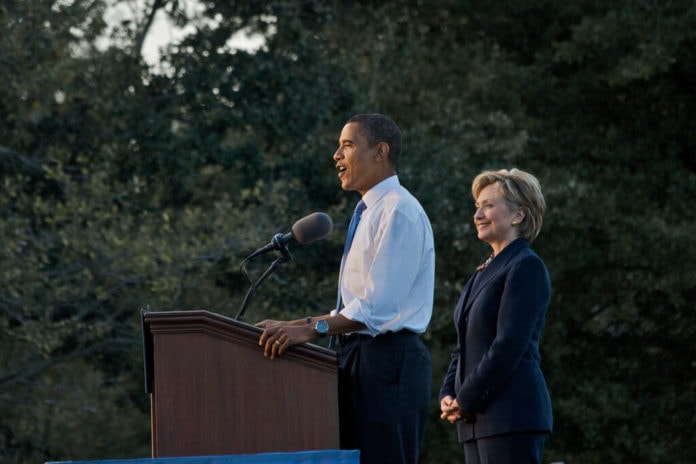 The Democratic National Convention officially kicks off tomorrow in Charlotte, North Carolina. The event will be three days of political theatre, as the party officially announces Barack Obama as the Democratic Presidential nominee.

But while the state of the economy has very much overshadowed the campaign rhetoric, many American voters are anxious to hear what the President has to say about other issues. One of them being climate change.

Farmers in the Midwest have been hit by one of the worst droughts in decades. Meanwhile, record-breaking temperatures have sweltered the nation — triggering a series of wildfires across America. These natural events are, of course, blamed on climate change.

According to Joe Romm, editor of the influential blog Climate Progress, Obama has been relatively mum on the issue of climate change. Romm notes that the issue has been the Voldemort (cue Harry Potter fans!) of the Obama administration: the “threat-that-must-not-be-named” … And that the President had been fearful of offending anyone by making any drastic assumptions about climate change.

However, the columnist says the president was just being coy…

“He will talk about climate change to select audiences — you know, the kind that are going to suffer the most from climate change, thanks to their parents’ greed and myopia: college students, Generation CO2,” writes Romm.

Earlier this week, Obama spoke to college students at Iowa State University. As short transcript of his speech is as follows:

The decisions we make as a country on big issues like the economy and jobs and taxes and education and energy and war and climate change — all these decisions will directly affect your life in very personal ways. And I’ve got to say, this is something I’m acutely aware of when I make these decisions, because they’re decisions that are going to affect Malia and Sasha, my daughters, as well. It’s the way it’s always been — one generation makes decisions on behalf of the next.

But here’s the thing, Cyclones — your generation chooses which path we take as a country …
Will this be a country that keeps moving away from foreign oil and towards renewable sources of energy like wind and solar and biofuels — [applause] — energy that makes our economy more secure, but also makes our planet more secure? [Applause]

You believed four years ago that we could use less foreign oil and reduce the carbon pollution that threatens our planet. And in just four years, we’ve doubled — doubled — the generation of clean, renewable energy like wind and solar. [Applause.]

We developed new fuel standards so that your car will get nearly 55 miles per gallon by the middle of the next decade. [Applause.] That’s going to save you money at the pump. That will reduce greenhouse gas emissions by a level roughly equivalent to a year’s worth of emissions from all the cars in the world.  [Applause.]

Today, America is less dependent on foreign oil than at any time in nearly 20 years. We’re on track to emit fewer greenhouse gases this year than we have in nearly 20 years. You can keep those trends going. You believed in America, and that’s what’s brought about change.

Governor Romney wants to pass a new $5 trillion tax cut targeted towards the wealthiest Americans. That’s not going to cut our debt. Ignoring inequality doesn’t make it go away. Denying climate change won’t make it stop. These things won’t make for a brighter future. They won’t make your future stronger.”

Romm, who also happens to be a Fellow at think tank American Progress, reacted to Obama’s speech.