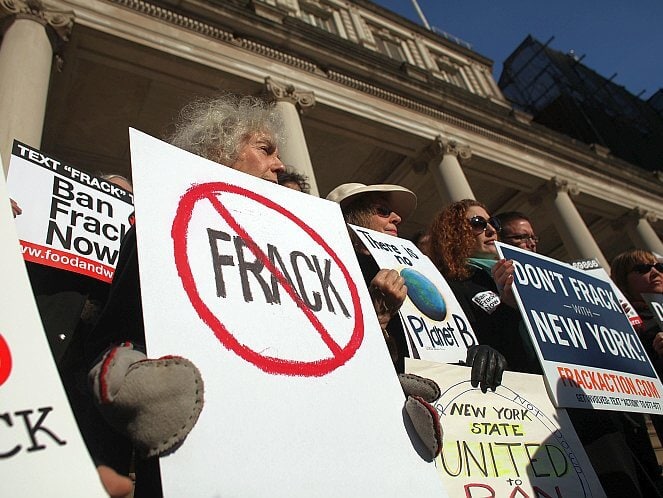 New York Mayor Michael Bloomberg has waded into the controversial debate over hydrofracking, which some view as a risky political manoevre on his part. He announced that fracking for natural gas can be as good for the environment as it is for our economy and wallets. But only if it is done responsibly.

His comments came earlier this week with the release of a new study conducted by ICF International. It found that the city would benefit from an upgrade to its network of gas lines in the form of cleaner air and energy cost savings.

Bloomberg was quoted as saying, “Natural gas is a low-cost, low-emissions fuel that makes good economic and environmental sense. This study confirms its importance to New York City’s reliable, clean energy future and demonstrates that with responsible, well-regulated development, we can make the investments that both improve our air quality and save lives.”

Reports say proposed key investments to the city’s natural gas infrastructure include a new pipeline from New Jersey ending in the Chelsea section of Manhattan by Houston-based Spectra Energy. It is a project Bloomberg reportedly supports. But fracking opponents say it will give energy companies new incentive to use the toxic chemical-laden extraction process in the city’s watershed in upstate New York.

Hydrofracking is a relatively new development in natural gas extraction. But it has been embroiled in controversy ever since its introduction. The process was created by Halliburton Inc. (well known for its work in Iraq), Schlumberger Inc., and Messina Inc.

The process makes mining for natural gas in dense shale more economically possible, where before it was not. hydrofracking is different from conventional natural gas drilling in a few ways. Firstly, it uses significantly more water than conventional drilling. Secondly, it uses a “slick water” mixture that is pumped into the shale to fracture the rock and release the gas. Finally, there are the environmental impacts of the drilling: long-term toxicity, surface and subterranean damage including forestland loss, and surface water contamination.

Gov. Andrew Cuomo released a plan earlier this year that would allow hydrofracking in certain economically disadvantaged upstate counties. In the coming weeks, Cuomo is expected to make a final decision on lifting the state’s moratorium on the gas-extraction process.