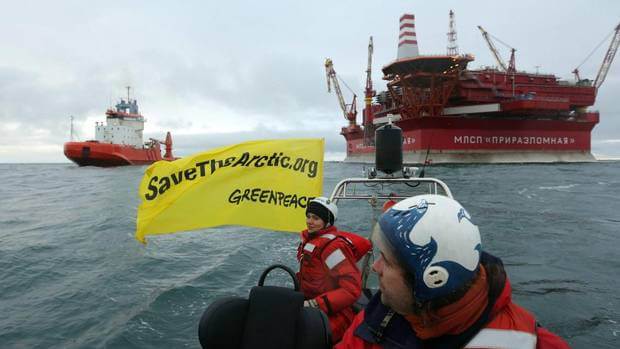 Six activists, who spent several hours hanging off the side of a Russian floating oil platform, have ended their demonstration.

The activists, including Greenpeace executive director Kumi Naidoo, stormed Gazprom’s oil platform in the Arctic yesterday. They were protesting against plans by the Russian energy giant to drill in the environmentally important zone.

The demonstrators had prepared for a long protest, bringing up tents and supplies. But they were forced to disband earlier than planned. Initially, the rig workers reportedly offered the activists some hot soup. But shortly after, the workers started hosing the activists with cold water and chucking pieces of metal at them. 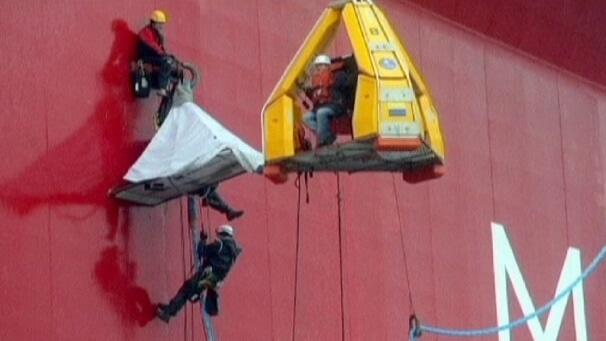 “Not just hosed water, but now metal being thrown by Gazprom crew at our activists. We’re coming down,” Naidoo has written in a tweet.

Greenpeace said three inflatable speedboats had approached the platform at the Prirazlomnoye oil field early this morning to let the activists climb it via mooring lines using ropes and ladders.

The Prirazlomnoye field is Russia’s first Arctic offshore development. It has been plagued by delays due to cost overruns and platform construction difficulties. Oil is now expected to flow at the beginning of next year.

“The only way to prevent a catastrophic oil spill from happening in this unique environment is to permanently ban all drilling now,” Naidoo said.

But environmentalists warn the Arctic’s extreme conditions, like remoteness and sub-zero temperatures, are likely to hamper any emergency operations if there were a spill.

Earlier this month, Naidoo said Greenpeace would try to promote a resolution at the U.N. general assembly that would declare the Arctic part of the global commons. He said the designation would prevent any drilling there.