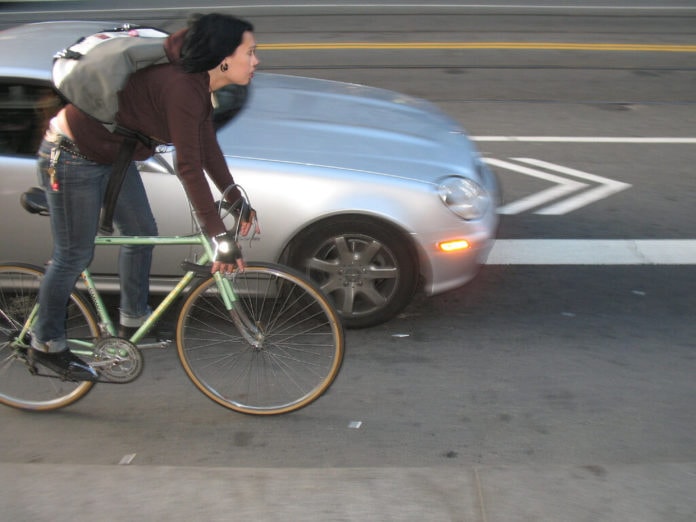 If you’re one of those people who’d love to commute with your bicycle, but are terrified of the city streets — there may be some hope for you!

Some popular legislation is gaining traction in the United States. Under a new rule, car drivers in 21 states are required to give cyclists at least 3 feet of space when passing from behind. California is the latest state to consider adopting this legislation, much to the excitement of local cyclists there.

In September, California’s Assembly will vote on this traffic safety measure. Residents are being encouraged to support Senate Bill 1464, by going to www.transformca.org. The site also has a helpful form letter you can send to your very own State Assembly member to ask them to vote yes on the 3-foot passing rule, also known as the “give me 3!” campaign.

Meanwhile, if you’re an L.A. resident terrified to ride your bicycle on the streets (but still want to make good use of your wheels), check out cicLAvia on October 7th. During this event, the city closes about 10 miles of streets so that you can enjoy cycling, walking or even skating — without being worried about getting hit by a car. But just a word of caution: More than 100,000 people will be out on the streets for this event. So you do have to watch out for those who don’t hold their line — this usually being the kids.

Until then, let’s support traffic measures that allow cyclists and drivers to share the road responsibly!