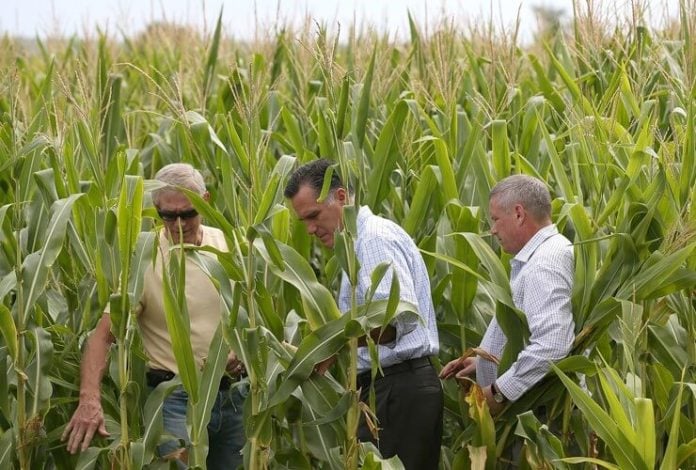 Republican presidential candidate Mitt Romney has officially made public his stance on energy. Romney released an energy plan Thursday that supports Washington’s ethanol quota. It was a mandate that several governors wanted to suspend as the worst drought in over 50 years sent corn prices to record levels.

Governors from North Carolina, Arkansas, Georgia and New Mexico have petitioned the Obama administration to waive the mandate. These are states where much of America’s livestock are reared. Governors there say the mandate raises prices for corn, an important animal feed.

The grain is also the main stock for making U.S. ethanol.

The five-year old Renewable Fuels Standard, or RFS, was originally signed into law by then-President George W. Bush. It requires more than 13 billion gallons of grain-based ethanol to be blended into gasoline this year and more in coming years.

Romney’s energy plan states that he would “support increased market penetration and competition among energy sources by maintaining the RFS and eliminating regulatory barriers” to diversify the power grid, the fuel system and vehicle fleets. However, the plan did not outline how Romney would support the ethanol mandate.

President Barack Obama has also been a strong supporter of ethanol. The ethanol industry reportedly provides jobs in Iowa and other swing states that will be central in November’s presidential election.

According to Reuters, the ethanol industry applauded Romney’s plan. The news agency quotes Bob Dineen, the CEO of the Renewable Fuels Association: “By working to remove barriers to market access for renewable fuels, as Governor Romney suggests, America can help spur an economic recovery while securing our energy future.”

Reuters also reports the Environmental Protection Agency is considering the waiver requests from the governors. But it is not likely to rule on it before the November election.

In 2008, the agency rejected a similar waiver requested by Texas Governor Rick Perry. In the rejection, the EPA said future petitions would have to show that the mandate was responsible for severe economic harm and did not simply contribute to it.