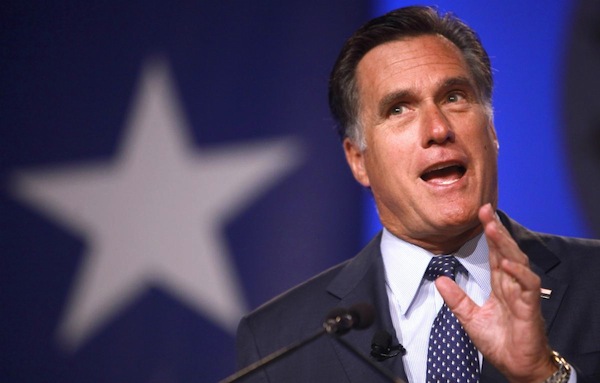 Republican presidential candidate, Mitt Romney is on the campaign trail with an environmental agenda in mind. He is laying out a series of policies today, centred on achieving energy independence by 2020. Romney hopes to do this by pursuing a sharp increase in oil and natural gas production on federal lands.

The Republican hopes to show American voters the sharp difference between his policies and those of his rival, President Barack Obama. He also hopes to link his environmental agenda with job growth in the United States.

Some observers say his emphasis on the economy shows an effort to return the campaign to the central issue Romney believes is most critical in the November election. He also believes his economic stance is key to victory.

However, the economic debate has been cast aside in recent days following some controversial remarks by Senate GOP candidate, Todd Akin. Last week, Romney publicly denounced Akin over his publicized stance on abortion and rape.

Romney’s energy policies are strongly geared toward increased production of carbon-based resources like oil, gas and coal — that environmentalists blame for global warming. Reuters reports that he is outlining the policy two days after going over some of the details with executives from the oil industry who contributed to his campaign at fund-raising events in Texas.

Republicans are eager to make greater use of the U.S. energy supply to increase jobs for Americans. The country is currently looking at an 8.3 percent unemployment rate. The party would abandon some federal regulations to allow for more production.

Romney claims that a full-blown energy plan will create 3 million jobs in energy sectors and other areas. This would be part of an ambitious effort to create 12 million jobs during a Romney presidency.

“I want every American who wants a good job to be able to have one,” Romney told Republicans at a fund-raising event in Little Rock on Wednesday.

The centerpiece of Romney’s energy plan is to permit individual states to manage energy development on federal lands within their borders, according to a “white paper” released to reporters by the campaign.

Currently the federal government controls development on these lands. Reuters reports that Romney’s aides have said that under Obama, this has led to a sharp reduction in exploration over the past year.

The news agency also says Romney would open up areas off the East Coast to oil exploration, and in particular would reverse Obama’s decision to suspend development off the coast of Virginia following the 2010 BP oil spill in the Gulf of Mexico. A North American energy partnership with Canada and Mexico would also be sought. And Romney would ultimately allow construction of the Keystone XL pipeline from Canada to Texas, which has been delayed by the Obama administration.

Meanwhile, a tax credit for the wind industry expires at the end of this year. Obama supports an extension of it while Romney opposes it even though it could hurt him with voters in Iowa and Colorado. 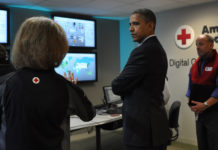 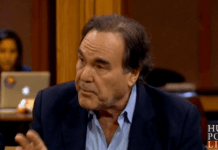 Oliver Stone speaks out on Hurricane Sandy: “Punishment” for silence on climate change 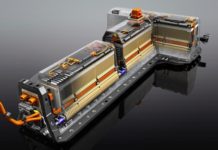 EV Battery Makers Being Paid Not to Work