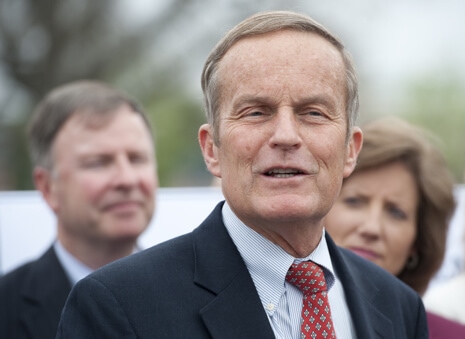 Todd Akin triggered a firestorm over the weekend when he made some controversial comments about rape and abortion. The U.S. representative from Missouri is the state’s GOP Senate candidate. But both liberals and conservatives are putting enormous pressure on the 65-year-old to drop out of the Senate race. Presumed Republican presidential candidate Mitt Romney is the latest to call for his ouster. 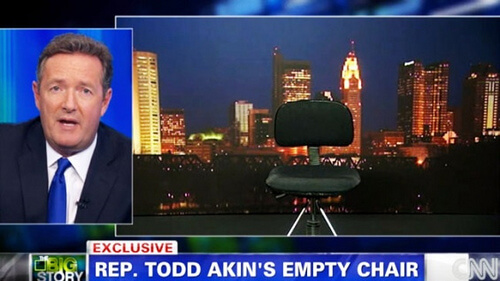 Akin’s comments have many questioning his values. But observers are now taking a closer look at his principles when it comes to other fundamental issues, such as the environment.

“This whole thing strikes me, if it weren’t so serious, as being a comedy, you know. I mean, we just went from winter to spring. In Missouri, when we go from winter to spring, that’s a good climate change. I don’t want to stop that climate change, you know. So, and who in the world would want to put politicians in charge of the weather anyway? What a dumb idea. Some of the models said that we’re going to have surf at the front steps of the Capitol pretty soon. I was really looking forward to that.”

Last Sunday, in an interview with KTVI-TV, Akin justified his extreme opposition to abortion by claiming that victims of “legitimate rape” rarely get pregnant. When asked if he supported abortion in the case of rape, he replied:

“From what I understand from doctors, that’s really rare. If it’s a legitimate rape, the female body has ways to try to shut that whole thing down. But let’s assume maybe that didn’t work or something. I think there should be some punishment, but the punishment ought to be on the rapist.”

Republicans have been hoping Akin would obey their calls to withdraw from the race — and preserve the party’s chances to take back the Upper House.