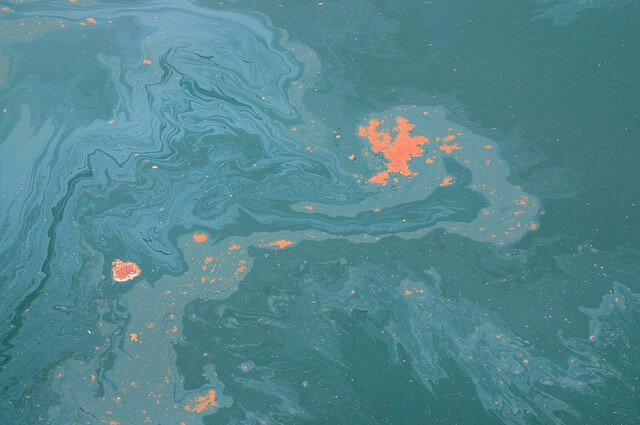 It’s been over three years since the Deepwater Horizon oil rig exploded in the Gulf of Mexico, triggering the worst oil spill in US history.  While the well was officially sealed in the summer of 2010, observers have been spotting oil sheens on the water near the wreckage since last fall — causing many to worry that the well had sprung another leak or was not completely sealed.

Now, after a few months of exhaustive research, we finally have the answer. And it’s a mix of good and bad news. A team of researchers has been comparing samples of the newly-spotted oil with those taken from the original spill. While the chemical composition of the different samples match, the new slicks also contain traces of industrial chemicals used in the drilling process — a sign that the oil is not coming directly from the well, but that it was processed by the rig while the Deepwater Horizon was still in operation.

So if the oil isn’t coming from a leak in the capped well, where is it coming from? It’s likely that there’s still some of the trapped oil in the tanks and pits of the rig, which is simply working its way to the surface. That means the leaks won’t continue forever and that the total amount of leaked oil is likely to be comparatively small.

While this is a depressing addendum to a story most of us hoped was already ended, in the grand scheme of things, the oil continuing to spill into the Gulf of Mexico seems unlikely to make matters much worse than they already are. Between the toxic effects of the Corexit disperant on cleanup crews and wildlife and the 4 million barrels of oil already released into the environment, the damage is already done.

Related:
America, the Beautiful? Environmental Problems in the U.S.A.

Oddly enough, in this situation the best thing that BP can do for the environment may be to avoid taking action at all. It’s not that further cleanup efforts wouldn’t be appropriate right now — it’s that BP is unlikely to carry them out in a way that actually makes the situation better. According to a January 2013 report, there is still little marine life within a 30-50 mile radius of the original spill. While this may allow BP to claim the current spills are having no impact on wildlife, that’s only because the local wildlife has already been wiped out.

Recent studies also suggest that cleaning up the new oil with the same dispersants used in the wake of the original disaster are likely to only make matters worse. Not only is Corexit highly toxic on its own, by breaking up the oil into small particles, scientists believe  it makes the oil more easily absorbed by both marine life and human beings. Continued leaks or not, we’re already looking at a recovery that will likely take decades. 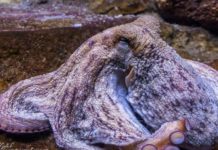 Scientists Uncover a Bizarre Truth About Octopuses: They Aren’t The Loners We Thought They Were

Scientists Uncover a Bizarre Truth About Octopuses: They Aren’t The Loners...