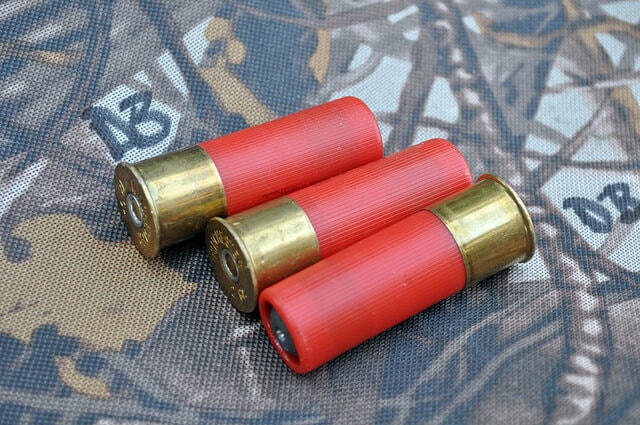 And, I need to be protected by law to choose any toxic substance I want to shoot those animals with. Because animals on public lands are there for hunters to enjoy killing, not for those environazis who believe animals have a purpose beyond benefiting humans. The world and all its creatures were created specifically for me to kill, even if most of those creatures existed millions of years before humans.

So I’m really trying hard to understand this National Rifle Association (NRA) religion where their god has somehow extended the Ten Commandments to include the Second Amendment which they claim excludes gun rights from any kind of government intervention.

Right now the NRA cult and its see-no-evil, hear-no-evil followers are actually fighting against a ban on toxic lead in hunting ammunition and fishing tackle because they see it as an attack on their right to cheap ammo. As one commenter put it in a Washington Times editorial on the subject “prove that the benefit of these creatures remaining alive is greater than higher priced ammunition.”

Unfortunately these hunters are thinking only of their right to hunt, and not the rest of the population’s right to also enjoy “these creatures” in the way they choose. Not to mention the fact that we know lead is an extremely toxic substance that we’ve banned from water pipes and paint, and may leach into the soil or water and present a danger to humans.

The center asserts that at least 20 million birds and other animals who were not the intended targets of the 3,000 tons of lead ammo that is shot and left in the environment each year die painful deaths from toxic lead poisoning. Another 80,000 tons of lead are released at shooting ranges, and 4,000 more into lakes and streams as lost fishing equipment. Birds and fish mistake the lead for food, and many more animals are poisoned when they feed on carrion killed with lead ammo.

Perhaps the most tragic aspect to this struggle is the story of the California condor. In the early ’80s the only nine wild birds left were captured for an expensive breeding program. By 2011, 205 birds were living free in the wild thanks to the program. But experts say that as long as lead continues to poison their environment, they will never fully recover. At least 30 reintroduced condors are known to have died from lead poisoning.

Why is a hunter’s right to cheap, toxic ammunition any more sacred than the right of other citizens to live in a world filled with the diversity of life nature intended? Why are we not screaming for our rights like the hunters are? They claim the constitution does not protect animals, while the second amendment protects them. But even they can agree that their rights stop where mine begin. And I have a right to pursue my happiness, which entails enjoying nature alive, and protecting my investments – namely, the California condor re-introduction program.

All this talk about how many animals are killed from their bullets is a moot point to most hunters (I say most because there actually are hunters left out there who do understand the benefit to themselves in preserving nature – even the things they aren’t killing – and support the lead ban). To most hunters though, bullets and fishing tackle are meant to kill. Of course bullets are toxic, that’s the point.

In response to petitions from more than 150 environmental, Native American and even some hunting groups to the Environmental Protection Agency (EPA) to ban the use of lead in hunting ammo and fishing tackle under the Toxic Substances Control Act, the NRA and its lobby has introduced a bill to exempt toxic lead in ammunition and fishing equipment from regulation under the very same act.

The bill, called the “Sportsmen’s Heritage Act,” which also includes things like allowing hunters to import polar bear corpses hunted legally in Canada, has already been passed by the House of Representatives and is now on its way to the Senate.

Among other things, this act would make it illegal for the EPA to regulate ammunition and fishing tackle under the Toxic Substances Control Act. Why? Lead is toxic, no matter what mechanism it comes in. I guess those liberal executives edited out “Thou shalt not inconvenience hunters” from the TV version of Moses I watched the other night.

The hunting lobby is loud and angry. Why aren’t we that loud and angry about our rights? Oh, right. They all have guns… and they’re angry.

Related:
Canada's Environmental Initiatives: The Best and Worst in 2010

Email your senator and tell them your rights matter too: STOP the NRA’s lead-poisoning legislation