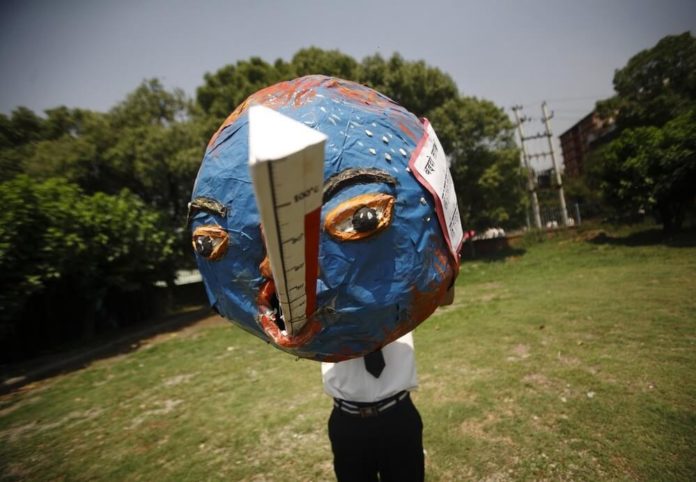 Tuesday, June 5 was World Environment Day, and indeed around the globe celebrations helped to mark the day we reflect on all ways the earth sustains us.

In Brazil, the Green Nation Fest went from green to glam when UNEP Goodwill Ambassador and swimsuit supermodel Gisele Bündchen showed up. Gisele, who is no stranger to environmentalism, also led a #TeamGisele Twitter campaign that helped Brazil acquire 50,000 new trees.

Different countries in Africa also partook in tree planting, including in Libya where the Ministry of Education and UNICEF joined elementary school children to embed some plants. The Ministry and UNICEF are also involved together in a larger project to create an eco-friendly education system.

“In Libya, every day should be environment day. We will explore with the Ministry of Education the possibility of replicating such events throughout schools in Libya on a regular basis. Only then can children’s awareness be sustainably increased and an environmentally sustainable society be built for the future,” said Carel de Rooy, UNICEF representative in Libya.

Mexican President Felipe Calderon signed on #WED2012 a landmark climate change law that will exponentially reduce their carbon emissions over the next 40 years.

The new ruling will require compliance with reduced emission targets set at a 30% reduction by 2020 and 50% by 2050, as well as increase Mexico’s use of renewable resources by 35% by the year 2025.

Here in Canada, a top #WED2012 story centered appropriately around one of our country’s favourite pastimes, drinking beer.

Alberta-based company Labatt announced their intent to create an entirely eco-friendly beer. The project is part of a growing incentive to go green from the last three years, during which the organization has managed to reduce their annual water consumption by over 10 million litres, recycle 63 tonnes of aluminum and 1,800 tonnes of cardboard a year and cut their electricity usage by 22%, according to the Edmonton Journal.