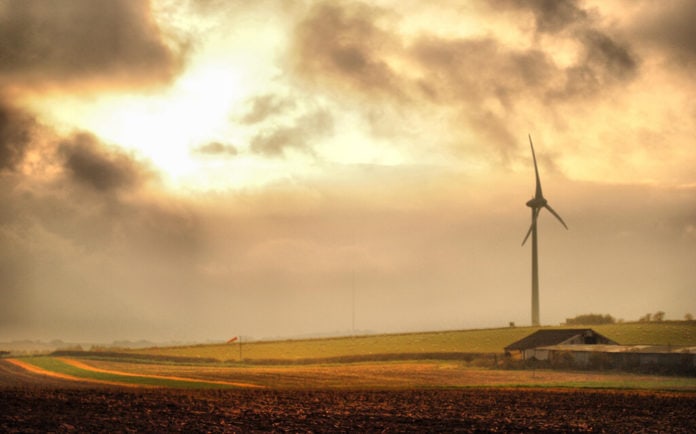 McGill University physics professor, Shaun Lovejoy crunched numbers and applied a statistical methodology, to determine the probability that global warming is NOT a natural phenomenon.

He did this because one of the most heated debates revolves around whether or not global warming is something we can counter, because if it’s a natural process, there may be nothing we can do.

The debate is fierce in the United States, where politicians, scientists, and big oil and gas companies fight for their own specific interests.

Big oil companies in the United States have released their own findings on climate change, and not surprisingly, their research says global warming is a natural process, which occurs over time.

Numerous American politicians with a track record of backing oil companies, have used these studies to defend the oil and gas industry. They argue against any policies that negatively impacts that industry. Some have even gone as far as denying global warming entirely.

American scientists for the most part agree that global warming exists, but depending on who’s paying for the research, have differing views as to whether it is the natural warming of our planet, or if our burning of fossil fuels are to blame.

“This study will be a blow to any remaining climate change deniers,” Lovejoy says. “Their two most convincing arguments – that the warming is natural in origin and that the computer models are wrong – are either directly contracted by this analysis, or simply do not apply to it.”

Lovejoy’s study uses “multi-proxy climate reconstructions” which is a scientific method of taking historical temperature data, along with natural markers left by climatic events over time, such as tree rings, ice core samples and lake sediments, to map out our climate over a very long time period.

Related:
Al Gore's Our Choice: Follow Up Book to An Inconvenient Truth

Lovejoy’s analysis found the carbon-dioxide from the burning of fossil fuels to be the greatest impact on our climate, which means we caused climate change – it’s not a natural phenomenon.

The study does not use the traditional computer models used by scientists to estimate climate change, however, the study predicts “with a 95 percent confidence, that a doubling of carbon-dioxide levels in the atmosphere would cause the climate to warm by between 1.9°C and 4.2°C.” These temperature ranges are in-line with the United Nation’s International Panel on Climate Change (IPCC), that predicts a 1.5°C to 4.5°C increase in global temperatures if carbon-dioxide levels were doubled.

“We’ve had a fluctuation in average temperatures that’s just huge since 1880 (the start of the industrial revolution) – on the order of about 0.9C,” Lovejoy says. “This study shows that the odds of that being caused by natural fluctuations are less than one in a hundred and are likely to be less than one in a thousand.”

His study, published in the journal Climate Dynamics squashes any doubt on the issue, claiming that the so-called “natural-warming hypothesis” can be ruled out with confidence levels greater than 99.9%.

Meaning that we human beings are the cause for global warming.

Although the study’s research does not use the typical sophisticated computer models used to track greenhouse gas emissions, the clever Montreal researcher went back to traditional scientific methods, using empirical and historical data from as far back as the 16th Century.

Just before Lovejoy’s study was released, the IPCC announced that we still have time to slow climate change, but governments must quickly act to get their citizens off fossil fuels and onto alternative energy ones which don’t contribute to global warming.

The UN panel says it is possible for global greenhouse emissions to be reduced by the recommended 40 – 70% by 2050. However, the member countries which adopted that target are not doing enough to meet those emissions reductions.

That drop in global greenhouse gas emissions would prevent global temperatures from rising by the feared 2°C. Scientists from around the world say that small an increase globally in temperature could lead to increased droughts, rising sea levels, and heat waves, which in turn would cause food shortages, severe flooding, and numerous deaths and disease.

“To avoid dangerous interference with the climate system, we need to move away from business as usual,” said IPCC co-chair Ottmar Edenhofer, when the IPCC report was released in Berlin, Germany.

The IPCC’s 33-page summary report, says global emissions of carbon-dioxide rose by one billion tons a year between 2000 and 2010, outpacing emissions increases in previous decades.

According to the IPCC, the top three emitters of greenhouse gases are the United States, China and the European Union. China currently emits more carbon dioxide than the United States, however that’s only small comfort when you consider the bigger stat the IPCC dropped.

About half of the world’s combined greenhouse emissions since 1750 have come in the past 40 years.

That backs Lovejoy’s research, because it looks like we have caused global warming.