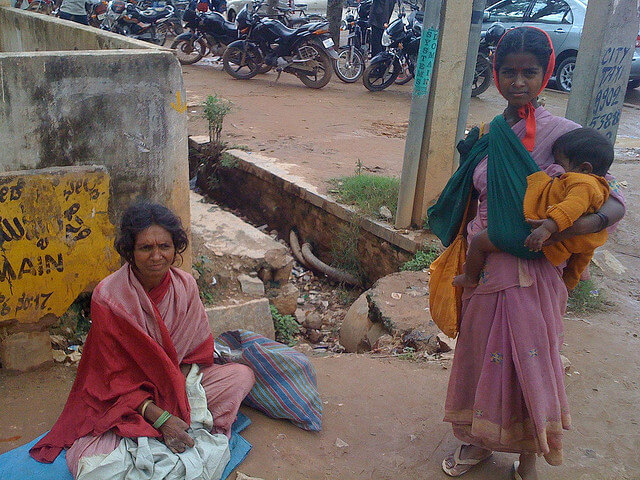 The 2013 Human Development Report warns that if environmental challenges aren’t addressed then poverty could rise up to 3 billion by 2050, according to the Guardian.

Specifically, the UN report claims that by not addressing air pollution, water pollution, climate change, and deforestation, the world’s poorest countries could face troubles despite the expected progress in health, education, and wealth.

“Environmental threats are among the most grave impediments to lifting human development … The longer action is delayed, the higher the cost will be,” states the report. “Environmental inaction, especially regarding climate change, has the potential to halt or even reverse human development progress. The number of people in extreme poverty could increase by up to 3 billion by 2050 unless environmental disasters are averted by co-ordinated global action.”

“Far more attention needs to be paid to the impact human beings are having on the environment … Climate change is already exacerbating chronic environmental threats, and ecosystem losses are constraining livelihood opportunities, especially for poor people. A clean and safe environment should be seen as a right, not a privilege.”

Thursday’s report says more than 40 countries have done better than previously expected on the UN’s human development index (HDI), which combines measures of health, wealth and education, with gains accelerating over the past decade. Introduced in 1990, the index aims to challenge gross domestic product and other purely economic assessments of national wellbeing. Norway and Australia are highest in this year’s HDI, while the Democratic Republic of the Congo and Niger are ranked lowest.

Some of the largest countries – including Brazil, China, India, Indonesia, South Africa and Turkey – have made the most rapid advances, it says, but there has also been substantial progress in smaller economies, such as Bangladesh, Chile, Ghana, Mauritius, Rwanda and Tunisia. This has prompted significant rethinking on routes to progress, says the report: “The south as a whole is driving global economic growth and societal change for the first time in centuries.”