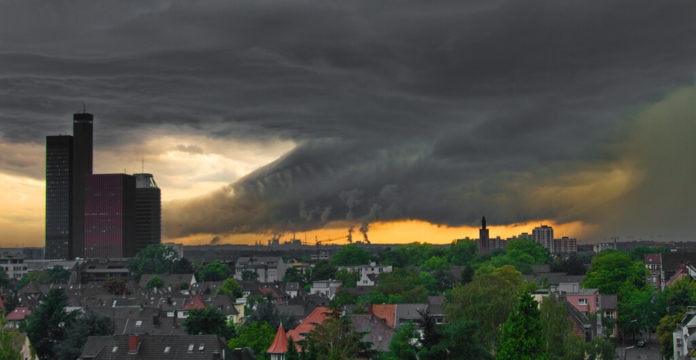 In one corner, Bill Nye, “the science guy” fighting for government action on climate change. In the other corner, Marsha Blackburn, an American Republican member of Congress, who says first we need to prove we mere humans have caused climate change.

Nye, the former star of a children’s science television show, now the CEO of the Planetary Society and a science educator, was being interviewed against Blackburn, in what appeared to be a setup to launch both into vicious attacks on the other, just like a boxing match on late night television.

Unfortunately, it was NBC’s prime-time show “Meet the Press” where the business of running America is discussed, not a late night match amongst two prizefighters.

As Blackburn tossed out her first right-hook, jabbing at Nye’s strong environmental beliefs, Nye fired back, calmly, collectively, resisting the urge to enter the epic battle.

Instead, Nye took the unusual, yet very effective approach, to beg his political opponent for help.

“I encourage the congresswoman to look at the facts, you are a leader, we need you to change things not deny what’s happened,” Nye pleaded.

Political debate is all about asking questions. Nye’s approach is to steer the American government towards asking the right questions.

Instead of bickering over whether or not our planet’s climate has changed, we need to be asking ourselves what can we do to survive?

Recently, the United Nations World Meteorological Organisation (WMO) said the extreme weather we’ve seen in just the first six weeks of 2014 around the globe is all linked to global warming. 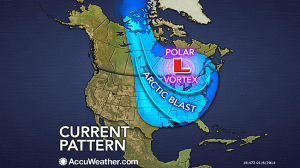 From this year’s heat waves in Slovenia and Australia, to the extreme cold caused by the Polar Vortex in North America, to the severe flooding in the UK – which is experiencing its wettest winter in 250 years – WMO says they can all be linked to climate change.

Scientists, politicians and business leaders need to ask the right questions to ensure we survive the changing climate.

But, what are the right questions? Here’s a list of some to get the discussion started.

What extreme weather-related events can we expect to see more of?

The first strategy to protecting life on the planet, is to figure out what we’re up against. So it makes sense to research and prepare a list of the most likely extreme weather event types we need to be able to endure.

Where are these extreme weather-related events most likely to occur? And how frequently?

Once we have our list of the types of extreme weather we’re going to face, we need to figure out where around the world each type will strike, and how often.

How powerful could these extreme weather events be?

We need to know how strong these extreme weather events could be, to prepare our cities and towns to withstand them. This doesn’t just include developing stronger buildings to withstand a massive earthquake, for instance, but also the design of our infrastructure. If the levies around New Orleans were built to withstand the expected storm surge from Hurricane Katrina in 2005, fewer lives would have been lost and the damage and destruction of the city may not have been as substantial.

What can we do to survive these extreme weather-related events?

This stems partly from the previous question, as we need to know how to better build our cities and towns to survive the extreme weather caused by a changing climate. Cities and towns need to work on how to better communicate extreme weather events, what to say, and how to react to these events. For example, should people seek immediate shelter, head to higher ground, or simply stay home?

Those responsible for managing our infrastructure, such as water, heat, and power need to work together to come up with better plans for maintaining these vital systems during extreme weather events. And governments need to better plan and organize extreme weather responses during and after such events, to ensure their citizens have clean drinking water, nourishing food, a safe place to stay, and emergency medical care if needed.

How can we better predict extreme weather events?

The sooner weather forecasters can alert us about the potential of a super storm, a terrible tornado, or other such severe weather, the more time we have to fight or flee.

These are just some questions many experts have raised as essential to living with a warming planet. It really is up to scientists, political and business leaders around the world, working together to answer the right questions around climate change.