Greener IdealHelping you live sustainably
More
Home News Environment China burns as much coal as the rest of the world combined,... 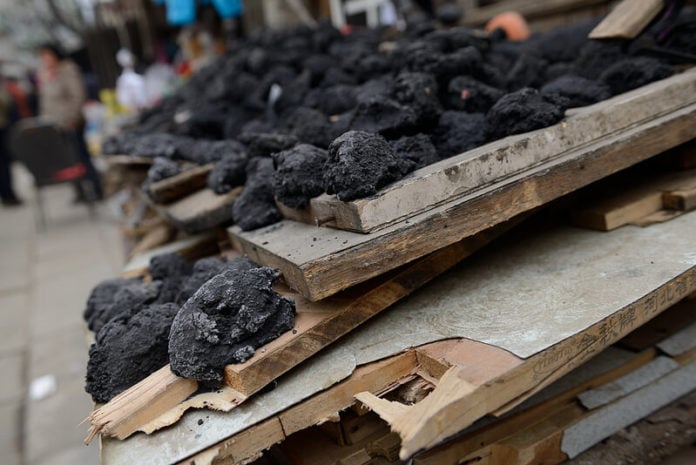 According to Time Magazine, China is burning as much coal as the rest of the world is cumulatively burning. What’s the problem with this? Time reports: “Coal already accounts for 20% of global greenhouse-gas emissions, making it one of the biggest causes of man-made climate change. Combine that with the direct damage that air pollution from coal combustion does to human health, and there’s a reason why some have called coal the enemy of the human race.”

As we recently reported that China’s air pollution levels are breaking records and reaching dangerous levels. So much so that the Chinese media has taken a stand on air pollution in China by calling on the government to take action against pollution, which according to the media, have reached dangerous levels in the capital city, which is home to around 20 million people.

More recently, on Monday, the capital of China was forced to cancel flights due to poor visibility and temporarily shut down factories due to the high levels of smog. The Associated Press wrote: The capital was a colorless scene. Street lamps and the outlines of buildings receded into a white haze as pedestrians donned face masks to guard against the caustic air. The flight cancellations stranded passengers during the first week of the country’s peak, six-week period for travel surrounding the Chinese New Year on Feb. 10.

The EIA’s chart also shows how limited President Obama’s ability to deal with climate change really is. The reality is that the vast majority of the carbon emissions to come will be emitted by developing nations like China — and much of that will be due to coal. As we’ve reported, the U.S. has reduced coal use and cut carbon emissions in recent years, even in the absence of comprehensive climate legislation, thanks to tougher air-pollution regulations and cheap natural gas from fracking. Yet even as coal has waned in the U.S., it’s still being burned by the gigaton in other countries. We won’t beat climate change until we’ve beaten coal, but I’m not sure there’s much the U.S. can do to persuade China or India to quit cheap energy — no matter the cost.