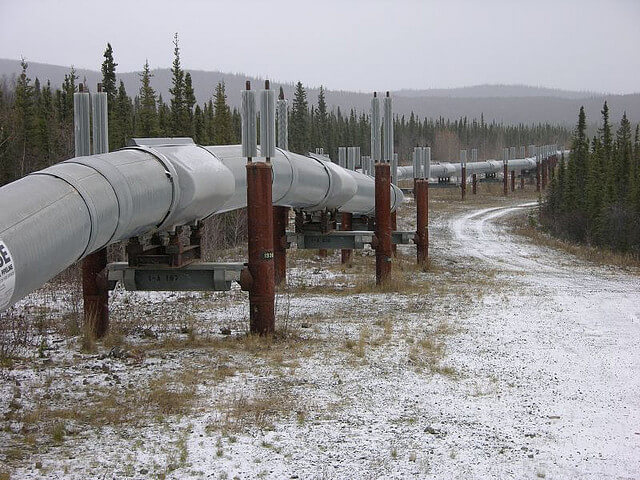 A plan to manage energy drilling on part of Alaska’s North Slope is drawing sharp criticism from some Alaskan politicians, yet triggering praise from many environmentalists.

On Wednesday, U.S. Interior Secretary Ken Salazar announced that the 23-million-acre National Petroleum Reserve will be divided between areas available for oil and gas leases — and those that are protected from development. This announcement reportedly followed the completion of an environmental impact study, which recommended development of areas that contain about 72 percent of the estimated “economically recoverable” oil in the reserve.

But Reuters reports that the announcement is drawing criticism from Alaska Sen. Lisa Murkowski. She is accusing the Obama administration of not going far enough to open up oil and natural gas resources in the area.

Salazar explained that the plan would allow for the construction of pipelines carrying oil or gas from operations in the Chukchi and Beaufort Seas through the NPR region, also known as the Western Arctic Reserve.

According to Reuters, Salazar says this “balanced approach” would help protect “significant caribou herds, migratory bird habitat and sensitive coastal resources that are critically important to the culture and subsistence lifestyle of Alaska Natives.”

The administration has reportedly authorized 177 oil and gas leases in the reserve since May 2011, covering about 1.4 million acres. So far, only exploratory drilling has occurred.

Murkowski is the top Republican on the Senate Energy Committee. The news agency reports that she takes the view that the reserve’s legal purpose is to provide petroleum to the United States to ensure the nation’s energy security. But the government’s plan “locks up 83.5 percent of the likely natural gas in the reserve. That is totally unacceptable,” she said.

The reserve is the largest single tract of public land in the country. It is roughly the size of Indiana and is managed by the Bureau of Land Management.

Meanwhile, several environmentalists have said they liked the plan, which protects the area around the North Slope’s biggest lake.
“This is a nice holiday present for America’s waterfowl hunters and bird watchers,” said Adam Kolton, executive director of the National Wildlife Federation’s national advocacy center to Reuters.