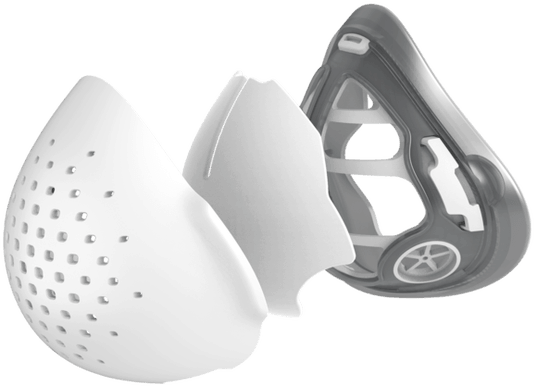 With the vast number of forest fires that broke out this year, it seems that people are going have to start wearing face masks every time they leave their homes.

Just a few months ago (September 2017), a series of forest fires threatened to destroy several structures in California. California governor Jerry Brown had to declare a state of emergency as more than a thousand firefighters battled major blazes, one of them being the Alamo fire which has charred nearly 24,000 acres.

The same unfortunate event (August 2017) happened in Canada when its westernmost province was struck with the largest wildfire ever (467,000 acres) recorded in British Columbia’s history. As a result, health authorities are facing a surge of smoke-related cases. They have warned people against wearing surgical masks when going outside as these only make breathing more difficult. And the harder it is to breath, the deeper one will have to inhale which get things in deeper.

A company in Canada called O2 has decided to take action by coming out with an enhanced line of masks designed to block particles from 0.5 microns up to 10 microns. Air pollution is measured based on this unit.

With O2’s main product, the O2 curve, one is able to get only the freshest air with the most oxygen using its two large exhaust valves. Its state-of-the-art smart filter material ensures that only the cleanest air is recognized and promoted through the membrane.

Each mask is ergonomically designed with fully adjustable straps for a custom fit. When worn, it sits weightlessly on the face while making sure that there are no air gaps or leaks. The outer shell can also be replaced with a more pleasing design that suits one’s taste. Just switch it out with a different color or design for a totally new look. This is just the beginning. As forest fires and subsequent air pollution become more prevalent, people need to be more vigilant — especially with forces that are barely felt but are equally dangerous, such as fire smoke.