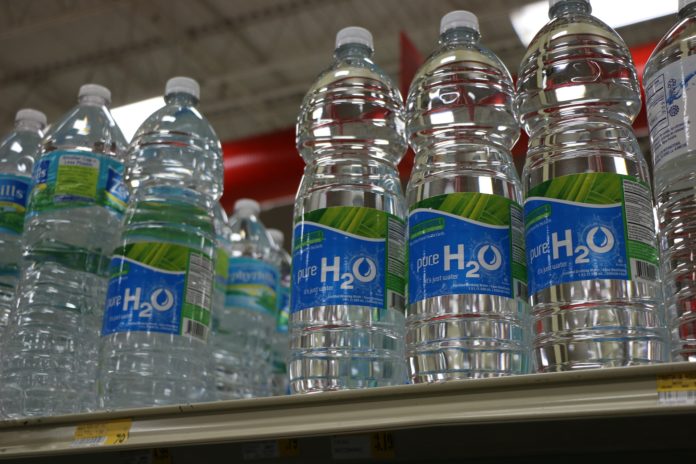 A study that found the presence of microplastics in bottles of water has caused the World Health Organization to carry out an urgent assessment of the potential risks of plastic to human health.

Orb Media, a journalist organization, conducted a mass study and found plastic particles in many branded bottles of water.

The research by the State University of New York screened more than 250 bottles of water from 11 different brands bought in nine countries – the largest investigation of its kind.

The university’s Prof Sherri Mason found an average of 10 plastic particles per litre of water, each larger than the size of a human hair. Smaller particles assumed to be plastic but not positively identified were found as well – an average of 314 per litre.

Seventeen bottles were found to have no particles at all while many had counts ranging into the hundreds or even thousands, with big differences within brands and even the same pack of bottles.

[The study] found an average of 10 plastic particles per litre of water, each larger than the size of a human hair

It is these concerns that have prompted the WHO to launch a review into the potential risks of plastic in drinking water.

There is no evidence that microplastics can undermine human health but Bruce Gordon, coordinator of the WHO’s global work on water and sanitation, said the key question was whether a lifetime of eating or drinking particles of plastic could have an effect.

“We normally have a ‘safe’ limit but to have a safe limit, to define that, we need to understand if these things are dangerous, and if they occur in water at concentrations that are dangerous.

“When we think about the composition of the plastic, whether there might be toxins in it, to what extent they might carry harmful constituents, what actually the particles might do in the body – there’s just not the research there to tell us.”

Mr Gordon said he recognized that people hearing about the presence of microplastics in their drinking water would turn to the WHO for advice. “The public is going to be concerned about whether this is going to make them sick in the short term and the long term.”

The study follows earlier investigations that found microplastics in tap water, beer, sea salt and fish. Prof Mason said researchers need to be able to answer the pressing question of whether microplastics can be harmful.

“Some of these particles are so incredibly small they can make their way across the gastro-intestinal tract, across the lining and be carried throughout the body, and we don’t know the implications of what that means on our various organs and tissues.”

Contacted by the BBC, most of the companies behind the brands, stood by the quality and safety of their products, while others questioned the study’s results compared to their internal research.