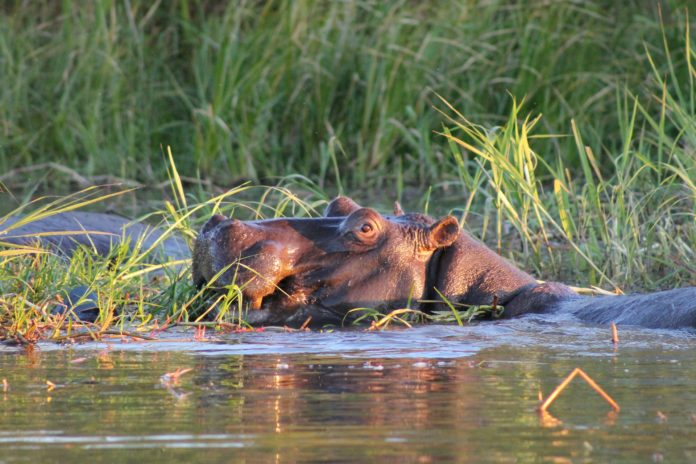 The Zambian government has approved the culling of 1,000 to 2,000 hippos along the Luangwa River over the next 5 years.

This is expected to happen in the form of trophy hunts, which apparently even tourists can take part in.

The culling was suspended in 2016 when conservationists pointed out that there was a great lack of scientific evidence presented, which supported the justification of culling in the Luangwa Valley.

The main argument put forward by the Zambian government was that a decreased hippo population would reduce the risk of anthrax spreading to humans, who sometimes eat hippo meat.

Hippos are known to roll around in muddy water holes, and often chew on fish or animal carcasses, and as a result, they can catch anthrax.

During instances of reduced rainfall, the spreading of anthrax worsens as water pools become stagnant. An overpopulation of hippos in these instances would allow the disease to spread more easily.

It was suggested that this could be avoided with the culling, but Will Travers, President of Born Free believes that this argument is flimsy:

“This is the same flawed rationale for the slaughter as last time – a preventative measure to avoid a future outbreak of anthrax, combined with an assertion that low rainfall will exacerbate the situation.”

According to Travers, the culling of hippos would, in fact, stimulate breeding, which would increase the population of the mammal, not decrease their overall numbers.

Not only are there serious ethical and moral questions raised over the practice of culling, its effects at reducing the spread of anthrax may be limited, as the hunters do not specifically intend to hunt infected hippos, but also those that are healthy.

“I’m very sensitive to the fact people use these things as excuses for nefarious behavior. So I would say you need good data and you need good evidence and it should be the scientific authorities who should back up any sort of criteria on culling. And it should be justified.”

One Zambian spokesperson put forward the notion that hippos are causing considerable damage to the riverbanks and are becoming threatening to the river systems sustainability.’

“The government intends to maintain a ‘suitable habitat for aquatic species and wildlife in general.”

However, the Zambian Green Party President Peter Sinkamba disagrees that culling is the answer:

“The hippo population in that conservation area has dwindled by about 14% to 20% in the last 20 years, due to poor conservation policies, strategies, and allocation of financial and human resources.”

‘The culling policy is motivated by pure greed.’ he said.

Far from being a wildlife management tool, conservationists are concerned that the culling could stimulate the ivory trade, where major efforts have been made to ban the hunting of elephants for their tusks.

‘Hippos are being increasingly targeted for their ivory as a replacement,’ said Travers.

Hippos have been listed as vulnerable on the International Union for Conservation of Nature (IUCN) scale.