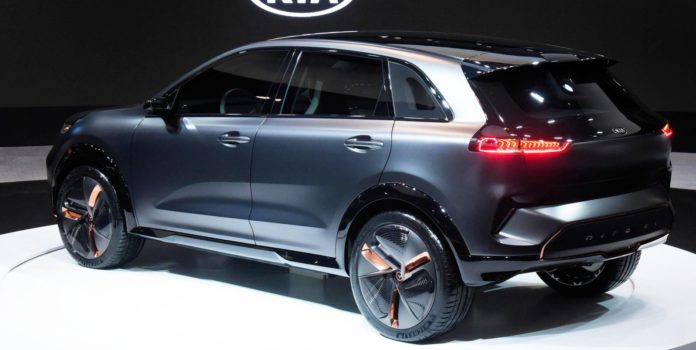 The South Korea-based automaker Kia is planning to introduce electric cars to India towards the end of 2019.

According to the company, a 1 billion dollar green car plant is coming up in southern India to manufacture the electric vehicle. Kia doesn’t currently have any of their cars in the Indian market. It’s a huge move to decide to start with an EV.

Kia has not released a word on which car it intends to give to the Indians, but according to Autocar India, the company has five models to start with, which includes their latest electric compact SUV.

Kia’s announcement is in compliance and assistance to India’s plans to ban fossil fuels by 2030. This is, however tricky for a government that has a per capita income of $1,670 according to the World Bank. The country also has over 50 million homes that are not connected to electricity.

Kia revealed a concept of an electric model of its Niro crossover during the Delhi Auto Expo in February this year. The car is expected to have a 236-mile range while it’s ready for sale in the United States’ market.

The $1 billion Andhra Pradesh facility, which boasts of 23-million square feet of space will also have a small hatchback produced. According to the times of India, the other Kia models will be imported.

Kookhyun Shim, a top executive of Kia for the Indian market, says that the plant has the capacity, and plans to manufacture 300,000 units in a year.

Other automakers warming up for the Indian electric vehicle market include Honda’s Indian subsidiary, and India’s giant car maker Suzuki, which is working in partnership with Toyota to build an electric vehicle.

Once in the market, the Kia electric model will face stiff competition from the already existing EV models from Hyundai, Maruti, and Mahindra.

In 2017, every four cars in a group of 10 were manufactured by Maruti.