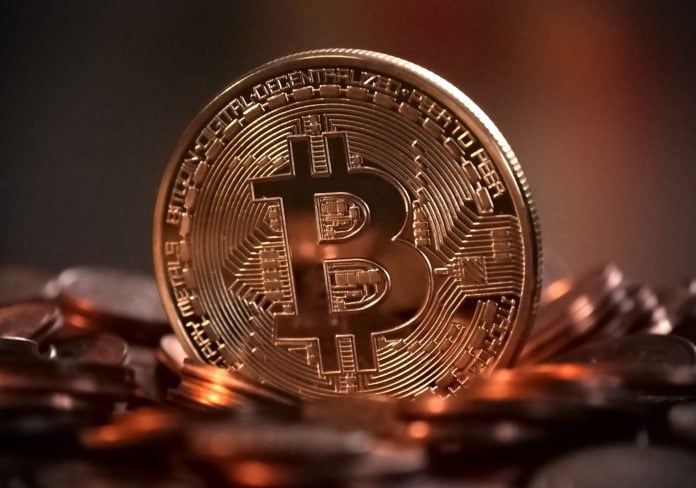 Even though the end of the year was marred with big price dips and controversies surrounding major virtual currency exchanges, it’s clear that Bitcoin took the financial world by storm and also got many involved in the still relatively new world of cryptocurrencies.

Even though the price of Bitcoin has been booming, going all the way from about $1,000 back in January to $19,000 at one point in December, there’s a couple of big roadblocks.

One of these is the massive amount of power it takes to actually mine the coins.

It’s been estimated that it will take about 132 years to mine all 21 million Bitcoins in existence. Mining is done by specialized computers who consume a lot of electricity as they search for the correct hash keys to make Bitcoin.

Since the algorithm behind Bitcoin actually makes it harder to mine as time goes on, one researcher said in 2016 that Bitcoin mining could one day “lead to a continuous electricity consumption that lies between the output of a small power plant and the total consumption of a small country like Denmark by 2020.”

But since the price of Bitcoin is currently in the low five figures (at the time of writing), there’s a lot of incentive to mine due to the prospects of making good cash.

This creates another problem because there’s been a 95% correlation between the price of Bitcoin and the mining difficulty over the past couple years. This means that mining is only consuming more and more electricity because the cryptocurrency has been on an upward surge for a long time now.

This means that everyone who is looking to mine is trying to figure out how to keep their electricity expenses low.

Some operations have set up shop in countries like Iceland to take advantage of geothermal power. Nations like Belarus have also become attractive because of the relatively low cost of power compared to other places.

However, solar power has actually become one of the most talked about ways for miners to run their operations, especially since Bitcoin and solar actually have a pretty long relationship together.

Back when the cryptocurrency was just a fraction of where it is now, one 2012 forum conversation on Bitcointalk.org detailed the setup of a solar power mining operation in Australia. Even when mainstream interest in Bitcoin was relatively low, and some in the financial world had ‘given up on cryptocurrency’, solar powered mining projects were still being discussed online.

For example, a cryptocurrency lover published a guide in 2013 about how to build a solar-powered mining plant.

In 2015, a Bitcoin fan took to YouTube to show off his Bitcoin solar-powered mining farm. They said the power consumption of their S3 Antminer was actually being offset by the power of the sun’s energy thanks to their solar panels.

As Bitcoin started to grab the attention of everyone in mid-2017, one Reddit user posted about their solar mining operation in the Southwest desert. They explained that each of their miners was producing about .007 Bitcoin each day at the time thanks to solar power. They were also looking to expand the number of mining rigs because things were so successful.

The user noted one Antminer S9 ASICS mining system cost about $1,225 at the time, and each mining operation totaled $8,000 with the addition of 6kW of solar panels, deep cycle lead-acid batteries, and a power control system.

Even if an $8,000 cost seems expensive, some believe solar power could actually make mining somewhat viable despite the limitations of the cryptocurrency’s algorithms. A lot of mining today is done by massive companies with extremely powerful computers, and not by individuals or small firms (which is why some future cryptocurrencies are also becoming ASIC-resistant).

But since Bitcoin mining is largely driven (or hindered) by electricity prices, solar power has the strong potential to make mining more accessible and easier.

One Bitcoin club called Nastymining teamed up with the solar energy company Sunpower in early 2017 to fuel some of their mining equipment inside their facility.

There’s speculation that miners and/or companies could take advantage of renewable energy tax credits if they were to use solar panels to power their operations. This could potentially offset some of the tax burdens associated with selling Bitcoin.

Since Bitcoin mining is largely driven (or hindered) by electricity prices, solar power has the strong potential to make mining more accessible and easier.

Tam Hunt of Greentechmedia calculated back in September that a 1-megawatt Bitcoin mining project could have a “net present value” of at least $9.3 million dollars and a 20-year net revenue of about $19 million. These numbers are based on a Bitcoin price of $2,500.

Even though Bitcoin’s price is far above this figure right now, these numbers are still looking pretty good when compared to the average 1-megawatt solar project, which typically has a value of $200,000 to $400,000. The breakdown of the model can be seen here.

Solar Bitcoin miners also have the benefit of connecting their panels to a power grid, giving them the ability to sell extra power to the utility company. This could come in handy if one loses interest in mining, or if the price of Bitcoin falls or even collapses.

Those who are not interested in connecting to a grid also have a lot of mining versatility with solar panels.

Prospective miners could take advantage of the lack of permit requirements for mining in states like Texas and quickly set up solar panels and mining equipment once they acquire land. The panels could be set up in a rural area to take advantage of cheap land and a lot of space.

As solar energy continues to become more and more popular with the average consumer, it’s no surprise that Bitcoin miners are also looking into it as well.

Panels are pretty easy to buy and install, are rapidly improving thanks to changing technology, and give miners a lot of flexibility in their operations since they can be set up anywhere.

Related infographic: What is bitcoin mining?