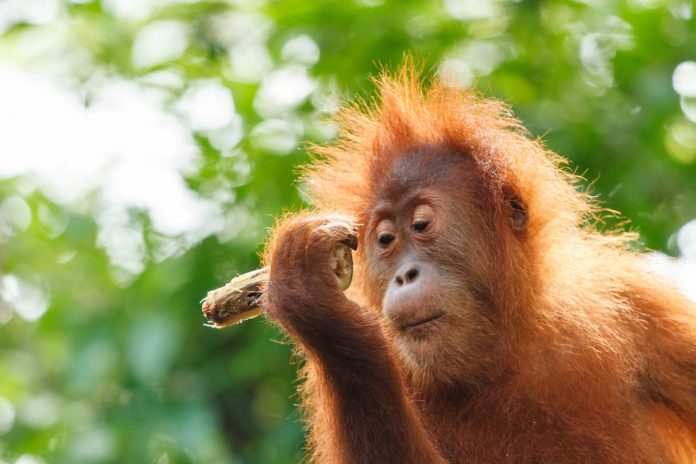 Sungai Putri, a forest on the island Borneo is under threat, as illegal logging continues to occur in the area, despite a moratorium that was enforced by the Indonesian government to prohibit exploitation.

The forest stretches over 57 thousand hectares and is home to approximately 1200 orangutans.

The moratorium prohibiting forest logging was enforced by the government following a 2015 dry season, when severe forest fires burned many parts of Indonesia, and other countries in South East Asia including Singapore, Malaysia, and southern Thailand.

2.6 million hectares of land was destroyed as a result, and economic costs are estimated to be $16 billion, according to the World Bank.

Since introducing the moratorium the Indonesian government has made ‘great efforts’ to ensure that Sungai Putri was protected, and according to a local newspaper the forest would ‘unquestionably have been destroyed,’ were it not for the ministry’s previous actions taken to prevent logging.

However, recent investigations from Greenpeace indicate that logging practices are still occurring and they are unlikely to stop unless greater efforts are made to enforce the moratorium.

According to activists, loggers go out at night and then return at dawn with timber, although it is still not known whether it is MPK themselves that are doing this or whether it is other third parties.

Other footage taken from a drone last July revealed excavated drainage canals filled with water, heavy-earth moving machinery on land, and areas with palm oil and pulp plantation, all of which was taking place within the forest.

Related:
Easy Ways to Go Green and Protect the Environment

Greenpeace says that the government’s attempts at enforcing the moratorium have been ‘embarrassing.’

‘The government cannot let this stand — it must uphold the law and ensure the full and permanent protection of this beautiful and important forest,’ said Greenpeace Campaigner Ratri Kusumohartono.

Not only is logging in this area illegal, it is also highly risky.

Draining peat swamps on a large scale, especially for the commercial use of palm oil and pulp plantation, exacerbates damages of wildfires, which have been occurring more and more frequently in recent years.

Habitat destruction within Sungai is devastating for wildlife, and according to Kusumohartono, the preservation of the forest is essential for the orangutans’ survival.

‘Sungai Putri is one of the last refuges of the orangutans and the survival of the species relies on creating wildlife havens and protecting the existing ones. It is time for the Indonesian government to ensure the full protection of Sungai Putri, its environment, and wildlife.’

Borneo has lost approximately 150 thousand orangutans over the past 16 years due to hunting, and the species is now classed as critically endangered.