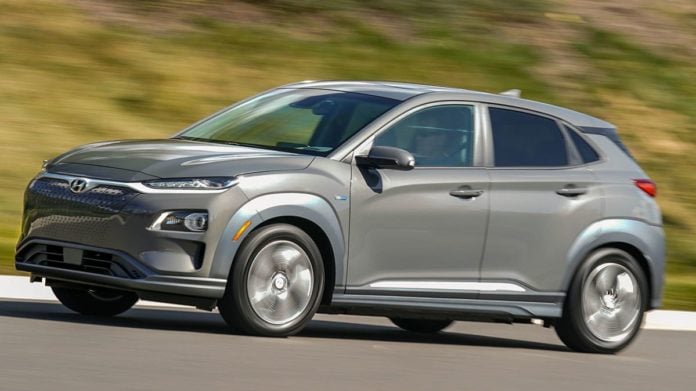 More information about the upcoming 2019 Kona EV, a crossover battery electric vehicle is still coming out. The South Korean motor company looks to position itself among the leading automakers in the electric vehicle industry with the Kona EV.

The full-electric vehicle will be released later this year as a 2019 model and boasts of a 250-mile range. This places the 2019 Hyundai EV on the same level as the Chevrolet bolt and the Tesla models.

Michael O’Brien, the company’s vice president of corporate, product and digital planning said on a recent event that the model’s price range would be between $30,000 and $40,000 – following General Motors’ lead. O’Brien referred to the price as aggressive.

On the inside of the car is a touch screen display of either 7 or 8 inches, and ventilated front seats. The 2019 Kona EV also comes with an Apple CarPlay and an Android auto, and a heads-up display.

There is a charging system for every smartphone handset that exists. And if your model is too new, then there is also something for you, as you can pop out a wireless charger.

The Hyundai executive said that they were yet to finalize on the launch details, indicating that the car might not be available on all the American states at the start. He, however, confirmed that it would be offered to California and the other ten states that fall behind California’s zero-emission vehicle mandate.

Related:
The Negative Effects of Artificial Light on Wildlife [Infographics]

The Kona EV will put Hyundai in the expanding market of full-electric vehicles with Tesla Models S, 3, and X currently taking the lead.

Other leading brands in the full-electric vehicle industry include the Nissan Leaf, BMW i3, Chevrolet Bolt, Volkswagen e-Golf, and Kia Soul.

The 2019 Kona EV will be joining the Hyundai Ioniq as the second full-electric vehicle from the company.