Greener IdealHelping you live sustainably
More
Home News Health In Search of Our Soul: On the Very Edge of a...

One of the most unexpected supporters of bio-photons for your health is none other than Dr. Mercola. A laid back, but very serious and down to earth Dr., with wellness as his top priority. He has become a vocal, tireless, and fearless critic of processed foods, especially fast foods.

After reading, “Fast Food Nation” by Eric Schlosser, he penned this poignant piece, aptly named, “McDonalds & Bio-photon Deficiency”. It can be read and downloaded here.

He was shocked to learn the stats regarding our food consumption habits. “In 1970 Americans spent about $6 billion on fast food while in 2000 they spent $110 billion. Americans now spend more money on fast food, than on higher education, personal computers, computer software, or new cars.”

Is it any surprise he continues, “The average American spends 90% of their (food) money on processed food, and many wonder why we have an epidemic of chronic degenerative disease.”

So where are we going with this?

It appears, based on nearly twenty years of mostly undisclosed research that raw foods emit more bio-energy, much more, than do foods that aren’t. For example, foods that are frozen; or, are not organic; and, that are chemically processed, irradiated, and or bio-engineered; do not register with the same bio-photon intensity. Not as much light.

Anything else, well, it’s killing off the light, the life force, and the bio-photons being emitted!

With the new and improved bio-photon meter, we can finally measure the truth for ourselves first hand; which is, that organic foods radiate 2-3 times as much bio-energy as do non-organic foods; and most processed foods…emit none! Do you get it?

You are the light. You are either radiating outwardly by what you put inwardly; or, like a fading star, your light diminishes and faintly flickers in the far off distance of the night. Your choice-entirely!

This has enormous implications for your health and the future of Humanity. But, this is not the direction I am heading in, at least for now. Keep in mind, outside of all the other benefits of bio-photons that we’ve already discussed, there is one other matter of the greatest importance-YOU! Spiritually speaking!

I ask the question, who keeps this light going, not just maintained-but going? How is this energy being created, maintained, re-created, every infinitesimal moment to moment? The infinite mathematicity and the absolute abstracticity are nothing short of mind bending and mind numbing, both at the same time.

Suffice it to say, that there is indeed an explanation for this light, not just in living matter, but in all matter as well. When we break down matter to its most indivisible self, we discover this critter called the photon, minus the ‘bio’.

These photons under close quantum examination demonstrate both particle and wave properties. We’ve known about the incongruent properties of photons since the time of Einstein. Strangely enough, this photon has neither mass nor electric charge. Yet, this ‘light’ exists to be seen and measured; because of its energy and motion, in the form of momentum.

That same ‘light’ that exists, in the smallest and most indivisible part of our existence and within everything within our Universe; also exists in a quantum form within our DNA, the code of our physical and biological existence-Bio-photons.

My theory is…that the source of Life and matter all contain an energy source, existing in varying degrees of manifestation and intensity. A source that so unique, and with a particular set of qualities like no other; within this, or any other Universe.

Amid all this dynamic and chaotic, random and fixed, pulsating and fluctuating, holographic Universe, nothing appears to be independently, or more specifically, solely static. This we cannot measure!

Strangely enough, this ‘thing’ we can’t measure, but know that exists, has no mass, no motion, including no wavelength, or even a location in space, or in time.

This peculiar and particular static just happens to be, the essence of Life; this is YOU, you are that static! When you find something that cannot be measured, yet all things measurable extend from it, you know you’ve got something very special; you’ve got a unique and indivisible Spiritual being. The Source of all Light.

Now, let’s clear up a few misconceptions and misunderstandings, before we can acknowledge who and what you are, and more importantly, capable of creating. When describing our ‘soul’ or ‘spirituality’, we need to think away from possession. As in my hat, my glove, my arm; we do not have a soul, or possess a soul; we are the soul.

In the final part, part 3; I will closely examine our Spirituality and potentiality as it relates to technology, and the future science behind the development of bio-photonic technologies.

Stay tuned…I guarantee your imagination will be stretched to its limits!

Keep reading In Search of our Soul… 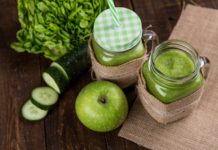