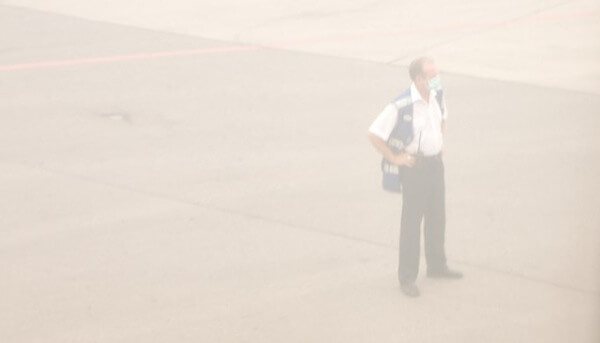 We all know pollution sucks for the environment, but it also takes a toll on our health. So much so that according to a new report, outdoor air pollution is responsible for a whopping 3.2 million premature deaths a year. And even though air quality has improved, air pollution is still a problem.

The report, published in the Lancet, states that air pollution is the fourth most threatening health risk and the most damaging form of pollution is particulate pollution like soot.

It is the very finest soot – so small that it lodges deep within the lungs and from there enters the bloodstream – that contributes to most of the public health toll of air pollution including mortality. Diesel soot, which is also a carcinogen, is a major problem because it is concentrated in cities along transportation corridors impacting densely populated areas. It is thought to contribute to half the premature deaths from air pollution in urban centers. For example one in six people in the U.S. live near a diesel pollution hot spot like a rail yard, port terminal or freeway.

Fortunately, as we shared recently, the Obama administration and the Environmental Protection Agency (EPA) have announced that new rules for air quality standards will be imposed that will reduce the amount of soot released into the air from  smokestacks, diesel trucks, and other sources of pollution by 20 percent. The new standard is 12 micrograms per cubic meter of air, which is 3 points down from the current 15 micrograms per cubic meter.

The benefits of this new ruling are plentiful: EPA analysis predicts that the net benefit of the rule will range from about $3.6 billion to $9 billion a year in medical costs and a study by the American Lung Associationand other groups found that the new regulations will save 15,000 lives in comparison to the current standards.

More than the financial gains, it is the lives that will be saved that has the environmental groups and public health advocates welcoming the ruling. Dr. Norman H. Edelman, chief medical officer for the American Lung Association, stated in a statement that the new standard will force industries to clean up soot and thus, “will prevent heart attacks and asthma attacks and will keep children out of the emergency room and hospitals.” Breathing soot—which is made up of microscopic particles released from smokestacks, diesel trucks, wood-burning stoves and other sources— can cause asthma attacks, lung cancer, heart disease and premature death.