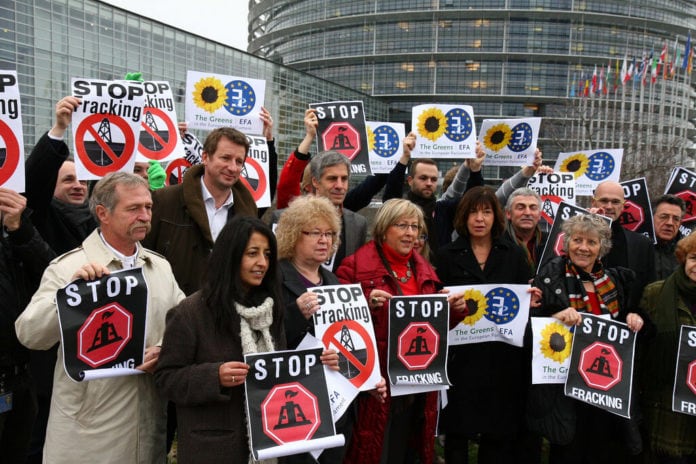 A petition was sent to the White House signed by 107 of the top U.S. medical professionals, researchers, and scientists to stop fracking. The petition, which was facilitated by Physicians, Scientists, & Engineers for Healthy Energy (PSE) was sent in respond to the Obama Administration’s consideration of fast tracking fracking of U.S. shale gas in order to meet foreign energy demands.

What’s the problem with this? The supporters of the petition argue that this move requires “a rapid increase in fracking in the United States without credible science” which “could potentially cause undue harm to many Americans”. According to Adam Law , MD, physician, Cayuga Medical Center, Ithaca, NY, and Physicians, Scientists, and Engineers for Healthy Energy, researchers have found measurable levels of pollutants from the industry in air and water that are associated with illness and the preliminary studies are currently entering scientific literature.

“The question here is very simple: Why would the United States dramatically increase the use of an energy extraction method without first ensuring that the trade-off is not the health of Americans in exchange for the energy demands of foreign nations?” asks Seth B. Shonkoff , PhD, MPH, executive director, Physicians, Scientists, & Engineers for Healthy Energy (PSE), and environmental researcher, University of California, Berkeley. “Health professionals are coming together today to urge the White House to make sure that we have the facts prior to making this decision. The only prudent thing to do here is to conduct the needed research first.”

“The current unconventional oil and gas drilling process using High Volume Horizontal Hydro-Fracturing is a much more intensive industrial activity than conventional drilling, which was the norm until about 10 years ago,” says Louis W. Allstadt , former executive vice president, Mobil Oil Corporation, in a statement. “It requires far greater volumes of water and chemicals, as well as disposal of much larger volumes of toxic flow-back fluids. We need to fully study and understand the health effects of the significantly greater volumes of toxic materials that must be handled and disposed of with this process.”

The full text of the PSE petition reads as follows:

“We the undersigned medical and scientific professionals urge the Obama Administration to put a hold on moving forward on the construction of new liquefied natural gas terminals for the large-scale exportation of shale gas to foreign nations. Our concern is that the Administration has not fully examined the potential for harm to health and the environment that could result.

There is a growing body of evidence that unconventional natural gas extraction from shale (also known as ‘fracking’) may be associated with adverse health risks through exposure to polluted air, water, and soil.

Public health researchers and medical professionals question the continuation of current levels of fracking without a full scientific understanding of the health implications. The opening of LNG export facilities would serve to accelerate fracking in the United States in absence of sound scientific assessment, placing policy before health.

As the White House and the Department of Energy contemplate exporting LNG to accommodate international demand for energy, the need for a deliberative process based on sound science is all the more important. We assert that a guiding ethical principle for public policy on fracking should parallel that used by physicians: ‘First, do not harm.’

There is a need for much more scientific and epidemiologic information about the potential for harm from fracking. To facilitate a rapid increase in fracking in the United States without credible science is irresponsible and could potentially cause undue harm to many Americans.

Without well-designed scientific studies, we will not know the extent of potential harm from fracking.  We strongly urge the Administration to err on the side of caution as it contemplates national policy regarding the exportation of shale gas.

The health professionals below sign as individuals and do not necessarily represent the views of their employer.”

For the full list of signers of the PSE petition, go to psehealthyenergy.org.