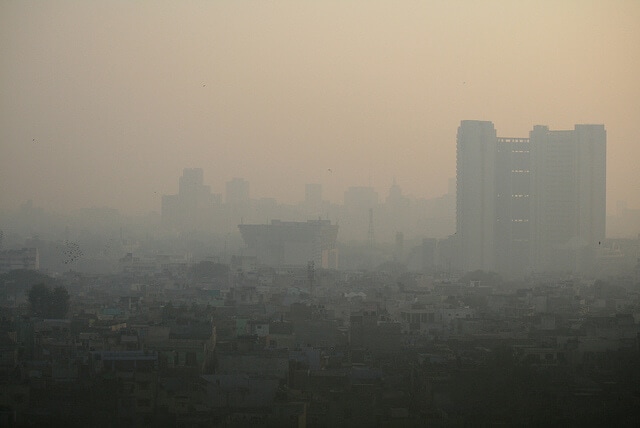 New research from the Harvard School of Public Health (HSPH), published in Epidemiology looks into the effects of air pollution on health and have found a positive correlation between a decrease in air pollution and life expectancy.

This research was a continuation of a 2009 study, published in the New England Journal of Medicine, by some of the same authors (Pope, Ezzati, and Dockery). They had found that reduced air pollution increases life expectancy in urban counties. The recent study looked at more current data, looked into both urban and rural counties, and used a larger subject pool.

The researchers at HSPH found an increased life expectancy of 4.2 months in the 545 counties they examined from 2000 to 2007—and that’s after controlling extraneous factors such as smoking, demographic characteristics, and socioeconomic status. What’s more, there was a greater association seen in urban areas rather than rural areas, and women saw more benefits than men. The researchers at HSPH believe the stronger association is due to the composition of particulates being different in rural and urban areas.

“Despite the fact that the U.S. population as a whole is exposed to much lower levels of air pollution than 30 years ago — because of great strides made to reduce people’s exposure — it appears that further reductions in air pollution levels would continue to benefit public health,” said lead author Andrew Correia, a PhD candidate in the Department of Biostatistics at HSPH, to Science Daily.

Science Daily shares the details of the study:

The study looked at the effects on health of fine particulate matter, small particles of 2.5 micrometers or less in diameter — referred to as PM2.5. Numerous studies have shown associations between acute and chronic exposure to fine particle air pollution and cardiopulmonary disease and mortality. Studies have also shown that reductions in air pollution are associated with reductions in adverse health effects and improved life expectancy. Air pollution has been declining steadily in the U.S. since 1980, but the rate has slowed in the years since 2000. The HSPH researchers wanted to know whether the relatively smaller decreases in PM2.5 levels since 2000 are still improving life expectancy.

“Since the 1970s, enactment of increasingly stringent air quality controls has led to improvements in ambient air quality in the United States at costs that the U.S. Environ¬mental Protection Agency has estimated as high as $25 billion per year. However, the extent to which more recent regulatory actions have benefited public health remains in question. This study provides strong and compelling evidence that continuing to reduce ambient levels of PM2.5 prolongs life,” said senior author Francesca Dominici, professor of biostatistics at HSPH, to Science Daily.