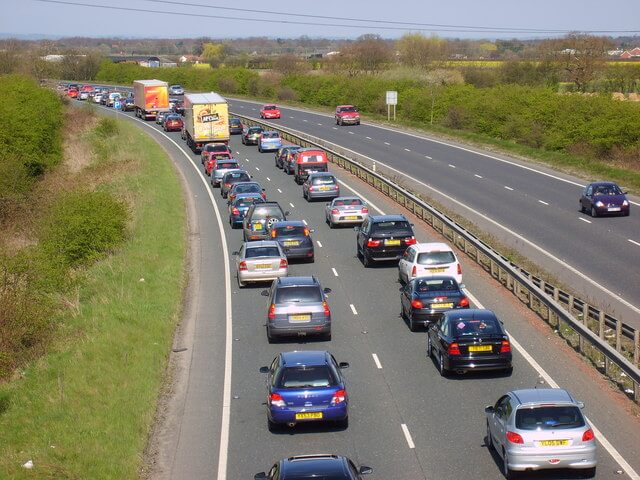 In a recent publication of the Archives of General Psychiatry, a monthly medical journal published by the American Medical Association, the University of Southern California’s Keck School of Medicine released the results of their anticipated autism study.  The study, which was directed by Heather E. Volk, PhD, MPH—an assistant professor of research at the school—examined the levels of air pollution that about 500 children were subject to while in the womb and during the first year of their lives.  Ultimately, the study found an association between high levels of traffic pollution during that time and a higher risk of an autism diagnosis later on.

According to a TreeHugger article, Volk and her team gathered data from the children’s mothers about the specific zip codes in which they lived during each trimester of their pregnancies, and also the locations where they raised their children until they were a year old. Afterwards, data was borrowed from the Environmental Protection Agency for each zip code and estimates were calculated in order to determine how much traffic pollution was present in each area.

Though Volk said she could not call the relationship between traffic pollutants and autism a causal one, scientists have been taking a closer look at the developmental disorder in the past few years, and traffic pollution in particular has been a focal point.  This is at least the second study Volk has conducted involving autism and traffic pollution.  In a recent 2011 study, her team found that there was a higher risk of autism in children who lived approximately 1,000 feet or less from a major highway.

While we generally tend to only think about the benefits of alternative fuel vehicles in terms of the planet, this study is a good reminder that internal combustion engines can have devastating effects on us as humans as well. Recently I wrote two articles proffering reasons to buy a hybrid (they are safer than non-hybrids and are also less likely to be stolen), now we can add a third to the list—they are better for the health of our children.