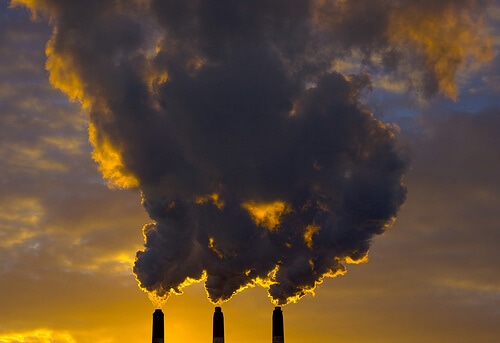 It’s easy to detect the differences in air quality using some senses: like downtown core quality dirtied up with gasoline and cigarettes versus the smells of fresh cut grass and laid fertilizer way out where it’s rural, and smog is visible between buildings in dense urban areas whereas a million more stars appear in skies far enough away from city limits.

Now, scientists have created sound samples from chemicals in the air in different natural and urban environments in California, allowing us to for the first time hear the sounds of pollution.

The Atlantic reported that Aaron Rueben and Gabriel Isaacman used data pulled from sampling air in car tunnels in Oakland, and then in dense forests in the High Sierras, to demonstrate contrasts in soundscapes representing the presence of airborne chemicals in these areas. Diesel hydrocarbons and carcinogenic particulate matter mapped by “gas chromatography” and “mass spectrometry” were given specific tones based on their chemical structures in order to create these unique sound spectrums audible to the human ear.

The result is an eerie mixture of highly unsaturated compounds called “polycyclic aromatic hydrocarbons” (those distinct chirps at the beginning) and complex, saturated heavy hydrocarbons (the long, low droning chords at the end). Both of these result from burning fossil fuels—and many are dangerous carcinogens, mutagens, and teratogens, linked to cancers, gene mutations, and birth and developmental defects. (The Atlantic)

The Dangers of Noise Pollution

What we normally think of as ‘noise pollution’, a more audible aspect of sound smog, affects both human and animal life.

Khaleej Times reports that during Mumbai’s annual 10-day Ganesh Festival, 2012 noise levels have peaked at 115 decibels, just a notch below the threshold when irreversible ear damage can occur. Even without reaching these noxious levels, noise pollution in both urban and suburban environments can have a negative impact on your health. Because sound pollution can trigger the body’s stress response, it can result in chronic stress—a condition that comes with the high presence of a number of harmful hormones that have been linked to health issues such as heart disease, high blood pressure, stroke, musculoskeletal problems, sore bones and joints, disrupted sleep cycles and weakened immune systems.

In the animal kingdom, noise pollution is of most concern in the skies for the complex system of bird migration and underwater, for marine life. The oceans, once referred to as the “The Silent World” by Jacques Cousteau, have become increasingly noisier since the Industrial Age. Whales are particularly affected by human-caused noise pollution, as much of our underwater noise is carried out at the same frequency at which whales communicate (1000 Hertz). It is reported that man-made sounds are drowning out the calls of mates, calves and other pods, and causing species to deviate from their migration paths, with deviations growing wider as sound interruption increases.

It is estimated that the ambient ocean noise increased ten decibels (ten times increase in sound) between 1950 and 1975. (See the Sea.org)