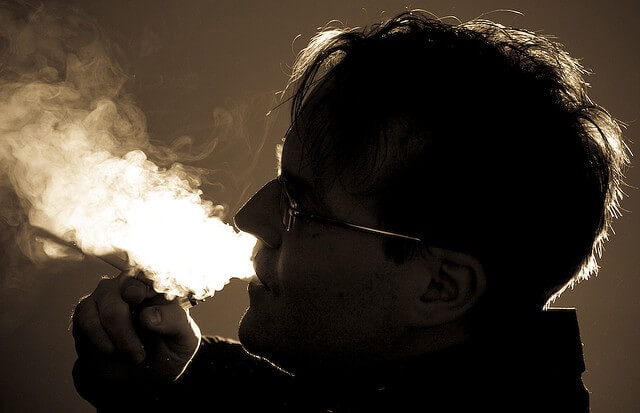 So you know what smoking does to your body, but you’re not bothered because it’s just your body and your choice, right? Wrong. Smoking damages far more than just your body and the bodies of those around you, suffering from your second-hand smoke. It actually has a huge effect on the global environment, which means that when you smoke more than 7 billion other people on the planet can be affected as well. Here is how.

Growing tobacco is actually an exhausting effort for the environment itself.  Compared to other crops, tobacco plants need six times more potassium from the soil.

Also, in some undeveloped countries, around 200,000 hectares of forests are cut down and burned every year, to be replaced by tobacco farms. Tobacco farmers have to constantly abandon old farms and seek new land as tobacco farming ruins the natural state of the soil, meaning more and more forests are destroyed. The loss of the trees does not only mean the loss of a green area, but also means there are 22 million more net tons of CO2 in the atmosphere, since those forests would have removed this from the atmosphere and converted it to oxygen had they been there.

Manufacturing tobacco products is also a major cause of pollution. According to WHO‘s figure in 1995, an astonishing “2.3 billion kilograms of manufacturing waste and 209 million kilograms of chemical waste” are produced globally in the process. That figure is likely to be much more now after 18 years of development. In addition, do you know how much paper is used in wrapping and packaging cigarettes? Four miles per hour!

Related:   The Health and Sustainability Issues of Eating Fish

More importantly, the litter smokers produce is huge. It is said that cigarettes are the number one most littered item worldwide!  A survey called the Keep America Beautiful Pocket Ashtray Study carried out in 2008 found that 35% of smokers litter five or more cigarette butts per pack on the ground. According to the figure released during the 14th World Conference on Tobacco, more than 1.3 billion people are smokers. This means over 6.5 billion cigarette butts are thrown to the floor for each cigarette pack the global population of smokers consume. If you want to dig into it more, here is a report on the Litter Behaviour in America, which shows you the results of a national study. It is not surprising that tobacco products contribute over 32% of all litter.

The litter smokers create does not only make cities look dirty and ugly, but it also harms local waterways and wildlife. A significant proportion of tobacco litter goes into the sea eventually, damaging the marine environment. Cigarette butts continue to harm the environment underwater because often marine wildlife will accidentally eat the smoker’s debris, which has a detrimental effect on their health – and then we consume that toxin-filled fish, whether we’re smokers or not.

Last but not least, plenty of cigarettes are not biodegradable (a common misconception, since many smokers think they’re just made from plants) and as a result, they release approximately 600 chemicals into the environment, which affects not only the soil but our health too when we eat crops grown in that ground. So it is really not just your body that is being harmed by smoking, it is the people around you, the global population and the earth we live in, which is suffering with you.

Next time you reach for a cigarette, do think twice. Please.