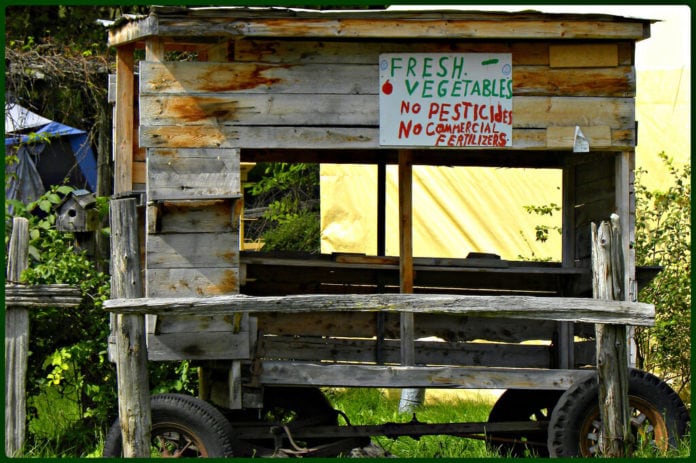 This article is written by Mischa Popoff, a former organic farmer and USDA-contract organic inspector and is the author of Is it Organic?

Reason is a tool, but it can never be the motive force of the crowd.

A mere handful of organic practitioners recognize the work done by luminaries such as Sir Albert Howard (1873-1947) and Lady Eve Balfour (1899-1990). By always relying on testing and experiment, and always having their results subjected to peer review, Howard and Balfour, along with a handful of early organic scientists, provided a sound foundation for organic farmers to follow. Unfortunately, in spite of their distinctly scientific contributions, Rachel Carson (1907-1964) receives all the credit for giving rise to what would become the organic movement.

Carson’s approach by contrast was barely scientific; more of a call to arms for fledgling activists. As such, her 1962 New York Times best seller, Silent Spring, cast a dark shadow on Howard’s and Balfour’s much more enlightened approach. Their works are mentioned occasionally, in passing, more out of a sense of duty than in terms of recognizing anything significant about their impact. Carson, meanwhile, is quoted more than Matthew, Mark, Luke and John and takes the organic cake when it comes to feeding the crowd what it wants to hear rather than what it needs to hear in the anti-technological nightmare unfolding before our very eyes.

Vulnerable as Carson’s words were to exploitation, her ideas were twisted almost immediately after her death. She is not the first, but she is without a doubt the most famous author to warn that pesticides are potential “elixirs of death,” claiming there is “no ‘safe’ dose” and urging that much more care is required for their continued use. As a former bureaucrat at the United States Bureau of Fisheries and well underway into a new career as a full-time environmental author, she correctly pointed out that some pesticides biomagnify or bioaccumulate in the environment as one organism consumes the next and toxicity ascends the food chain. This led her to document the serious threat that overused pesticides pose to some birds, especially those at the top of the food chain, such as eagles and other raptors. Indeed, the title of her book alludes to a nightmarish world in which all the songbirds have been poisoned, thus making for a “silent spring.”

To her credit though, Carson was cautious not to call for an outright ban on pesticides like DDT even though she had linked them to rampant cancer in humans, at least to her own satisfaction. Yet she unwittingly laid the groundwork for the distorting of her well-intended, cautionary words by relying too heavily on anecdotal rather than on scientific evidence of the harmful effects of DDT.

For example, Carson tells the tall tale of a woman who, she claims, developed cancer immediately after spraying her basement with DDT. She also predicted the impending extinction of the most common American bird, the robin, which she no doubt chose in order to appeal to a wider audience, much like the Environmental Working Group today always places apples near the top of its “Dirty Dozen” list of fruits to avoid due to minute trace amounts of pesticide residue. As veteran New York Times columnist John Tierney points out, it was “an especially odd claim given the large numbers of robins recorded in Audubon bird counts before her book.”

Her impetuosity went farther. She downplayed the effectiveness of DDT in the battle against the mosquito that transmits malaria in tropical zones, a disease which if it does not kill you leaves you with permanent and severe mental retardation. DDT is unmatched to this day in its effectiveness. By ignoring all that had been accomplished with DDT and other pesticides for the good of humankind, and by outrageously predicting a mass “biocide” with absolutely no proof, she singlehandedly gave rise to the more rabid activist element that we see leading the organic movement of today. Indeed, just as with global warming theory, it is conducive to the political side of the equation to include a dash of the apocalypse to unite the activist crowd in common effort. The enviro-activists cherry-picked from Silent Spring, ignoring the many parts where Carson was reasonable, and DDT was banned in 1972. And the disastrous consequences are felt to this day.

Pests that are capably controlled with pesticides in civilized nations routinely wipe out crops in poor nations. Compounding matters, the ban on humankind’s only effective means of controlling the mosquitoes that spread malaria (along with other deadly diseases) has resulted in upwards of one million deaths a year since 1972, mostly children under the age of five, mostly in the poorest 20 per cent of the world’s population. It is unconscionable that such aspects of the organic industry’s history are selectively ignored.

Fortunately for some, cooler heads are gradually prevailing. The United Nations World Health Organization (WHO), for example, is once again using DDT to fight malaria, “citing South Africa’s successful anti-malaria programme as evidence that controlled indoor spraying of the insecticide is not only safe, but ‘one of the best tools we have’ against the killer disease.” Nevertheless, the WHO is being stymied by, guess who? … urban organic activists in cahoots with multi-billion-dollar corporations like Nike, H&M and Walmart that demand a cheap supply of “ethical” organic cotton. Together, these unlikely allies managed to ban DDT from Uganda even though its use had, for a while, cut malaria infections in half in 2008. Surely consumers should be informed of the inhumane impact the demand for such “ethical” products is having.

As for Carson’s take on the concept of biomagnification, it is for the most part accurate, but it is completely misunderstood. Organic activists would have you believe, contrary to what logic dictates, that the concentration of a contaminant increases in the entire environment over time instead of decreasing with dilution. However, this increase is only true if one focuses on a higher organism such as a predator, say an eagle. While an eagle is indeed part of the environment, and we should take steps to protect such a majestic creature, it is simply not true that contaminants bioaccumulate in the rest of the environment. Yet, anti-pesticide activists speak confidently of bioaccumulations of 20,000 times or more … in the whole environment! … leaving the public to believe they mean that an entire field bioaccumulates when a farmer sprays it, when really this is impossible.

Think about it … every chemical that is applied to crops, no matter how toxic it might be, originated from the environment. And, though it will upset organic activists to no end to hear it explained this way, spraying a crop according to the directions is nothing more than a way of returning that chemical to the environment. As the old saying goes, The solution to pollution is dilution.

An important but less well-known work published in 1962 was Dr. I. L. Baldwin’s “Chemicals and Pests,” a down-to-earth review of Silent Spring that appeared in the prestigious academic journal Science. It was, and is to this day, completely ignored by organic promoters. Baldwin, a professor of agricultural bacteriology at the University of Wisconsin, was in the midst of leading a committee at the National Academy of Sciences that was studying the effect of pesticides on wildlife. He cautioned those who might be seduced by Silent Spring, pointing out that Carson failed to take into account “the countless lives that have been saved because of the destruction of insect vectors of disease.” He also predicted that people in poor countries would suffer from hunger and disease without the pesticides that enabled wealthy nations to increase food production and control pestilence. He was dead right on both counts.

With that explained, we need, nonetheless, to be vigilant about civilization’s reliance on pesticides. Indeed, Baldwin reminds us, “Man’s use, misuse, and abuse of the products of science determine whether these valuable assets are also harmful.” This means there are no harmless chemicals, only the harmless use of chemicals, an assertion reminiscent of the words of the medieval natural philosopher held to be the father of toxicology and a medical revolutionary, Philippus Aureolus Paracelsus, who said, “All things are poison and nothing is without poison; only the dose permits something not to be poisonous.”

Such reasoning would be confirmed in the 1980s when, after exhaustive laboratory testing, Bruce Ames – inventor of the Ames test, which cheaply and quickly tests the cancer-causing properties (mutagenicity) of any compound – discovered that natural compounds are just as carcinogenic as synthetic compounds are. After all, as mentioned above, so-called synthetic compounds all originate from somewhere within the environment of planet Earth. It is not as though they are synthesized from nothing.

In fact, while environmentalists would have us believe we will someday find a cure for cancer in the abundantly diverse ecosystems of the rainforests, over 700 carcinogens have already been identified in the world’s rainforests! In addition, a whopping 99.99 per cent of our dietary carcinogens are natural, so yes, clearly, dosage matters.

But political radicals need clear directives, not confusing science. As Mussolini so infamously put it, reason can never motivate the crowd. Throngs of angry, often violent demonstrators feed off inspiration, not boring facts and figures. And so it came to pass that Rachel Carson single-handedly − and perhaps unwittingly to some extent − gave credence, if not rise, to the default notion in organic circles that anything synthetic is bad and everything natural is good. This is, after all, a concept that prior to 1962 others had written about in relative obscurity. The human race has suffered the consequences of this distinctly unscientific, broadly accepted and, let’s face it, mystically-inclined frame of reference ever since.

For the formerly youthful idealists who now play activist roles at the head of organic certification agencies or who work for supposedly environmentally ethical corporations like Nike, H&M and Walmart, the 1972 banning of DDT still marks the starting point of the modern certified organic movement. One cannot help but wonder what the world would look like today had they not so shamelessly banned DDT and placed such a stigma on the safe use of all agricultural crop-protection products. One thing is certain: Had Howard and Balfour carried the day instead of Carson and her non-scientific, activist ilk, there would be at least another 41 million people in the world today, about the same number of people Chairman Mao murdered in his Great Leap Forward. 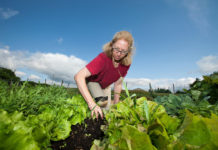 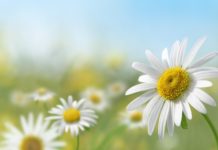