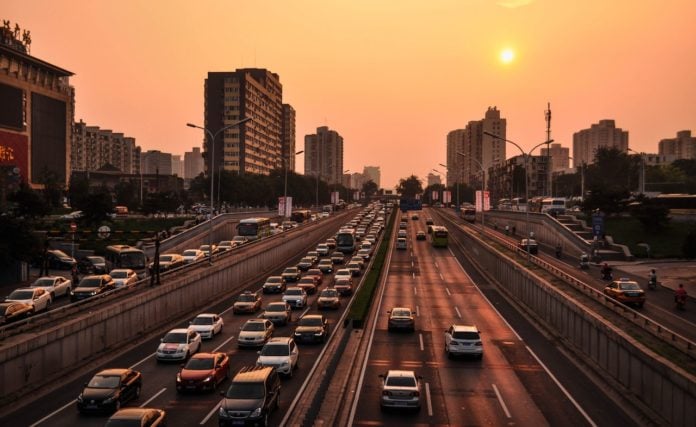 A study published in the Journal of Allergy and Clinical Immunology has linked living near a heavily congested highway with asthma. Specifically, the researchers at SUNY Downstate Medical Center and Lutheran Medical Center in Brooklyn, New York, found that there was a higher rate of asthma in the population living closer to Interstate 278 and a lower late to the population living away from the Interstate.

The study randomly recruited 62 adults (including 45 patients with rhinoconjunctivitis or asthma and 17 healthy controls) from the outpatient department of Lutheran Medical Center. Patients were asked to report asthma and an analysis was done to see the role proximity to a heavily trafficked highway has on the disorder.

According to SUNY Downstate’s Maria-Anna Vastardi, MD, who will be giving an oral presentation at the 2012 Annual Meeting of the American Academy of Allergy, the findings suggest that the presence of asthma with adults correlated to proximity to a congested highway and not with seasonal allergy. In essence, the results indicate that vehicle emissions increase the risk of asthma – a disorder that causes wheezing, shortness of breath, chest tightness and coughing to to the airways of the lungs swelling and narrowing.

As far as congestion is concerned, there’s no end in sight. ABC reports that since 1970, the total number of road miles has gone up by 6 percent while the U.S. population has grown by 32 percent, the number of licensed drivers by 64 percent, total number of registered vehicles by 90 percent and miles traveled by 131 percent. And more congestion means one thing: More vehicle emissions.

The impact of more vehicle emissions is not just asthma since the emissions produce greenhouse gases that negatively impact our environment. As stated by the United Nations Department of Economic and Social Affairs, Division for Sustainable Development:

Transportation involves the combustion of fossil fuels to produce energy translated into motion. Pollution is created from incomplete carbon reactions, unburned hydrocarbons or other elements present in the fuel or air during combustion. These processes produce pollutants of various species, including carbon monoxide, soot, various gaseous and liquid vapour hydrocarbons, oxides of sulphur and nitrogen, sulphate and nitrate particulates, ash and lead. These primary pollutants can, in turn, react in the atmosphere to form ozone, secondary particulates, and other damaging secondary pollutants. Combustion also produces carbon dioxide, the primary greenhouse gas.

Calculations by the U.S. Environmental Protection Agency (EPA) reveal that the emission rates for hydrocarbons (HC), carbon monoxide (CO), oxides of nitrogen (NOx), and carbon dioxide (CO2) from passenger vehicles in the United States are 77.1, 575, 38.2 and 11,450 pounds, respectively.

Until everyone in the planet has switched to greener automobiles, public transport be optimized to the max and more roads be built, there are ways to minimize vehicle emission in your daily life. Some easy tips that can be implemented in any lifestyle are: