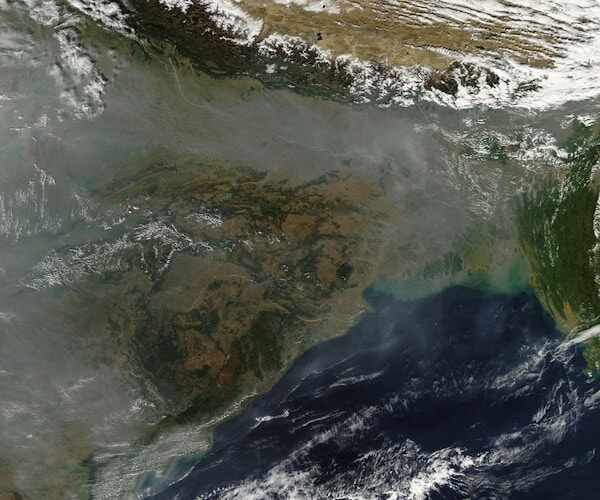 Asthma has become something of an epidemic in recent decades. In the U.S. alone, asthma rates have increased 60% since the early 1980s. 300 million people worldwide are asthmatic, and 250,000 people die every year from the disease. Studies have shown a link between air pollution and asthma attacks, and living in a highly polluted area can contribute to your risk of developing asthma.

Here are some places you should avoid if you have asthma or other respiratory illnesses, as they have the worst pollution in the United States. These rankings are based on year-round particle pollution and come from the American Lung Association’s “State of the Air” report.

You might have thought Los Angeles would have taken the top spot, but the SanJoaquin Valley in California is home to five of the top ten most polluted cities in the U.S. These are: Bakersfield, Visalia/Porterville, Hanford/Corcoran, Fresno and Modesto. Why is the Central Valley so polluted? It’s surrounded by mountains on all sides and rarely experiences high winds, so the air pollution created by the growing population gets trapped near the valley floor.

Located in the Sonoran Desert, Phoenix is the largest city in Arizona and its capital too. Unfortunately, it also ties with two other cities (L.A. and Visalia/Porterville) as the second most polluted city in the U.S.

Notorious for its smog problems, this sprawling southern California city has, surprise, surprise, some of the worst air in the United States.

This industrial city in Pennsylvania has long struggled with high levels of pollution, though its important to note that it has improved a bit in recent years.

This southern city is located in the Jones Valley, surrounded by the Appalachian foothills. This means that the pollution created from the steel industry (and other factories located in the city) gets trapped in the valley, creating a major pollution problem.

Home to some of the worst polluting companies in the country, this Ohio city has seen a significant increases in air pollution in the last year. This comes after years of decreases, during which environmental activists fought high profile battles against polluting industries.

Similar to most of the cities on this list, Louisville falls victim to its geography. The hills that surround the Ohio River Valley, where Louisville is located, trap in the air pollution created by both industry and residents.

If you experience respiratory health issues, including asthma, consider seeing a respiratory therapist. These practitioners are experts in the field of respiratory care, and can help you decide how to best treat your condition. Sometimes, unfortunately, this might mean moving away from a highly polluted area. Additionally, keep in mind that pollution can contribute to asthma in children, so if you have kids and live in a polluted area, you might want to consider relocating to an area with better air quality. This doesn’t always have to be a big move; for example, the state of California has some of the worst cities for air quality, but it has some of the best as well.