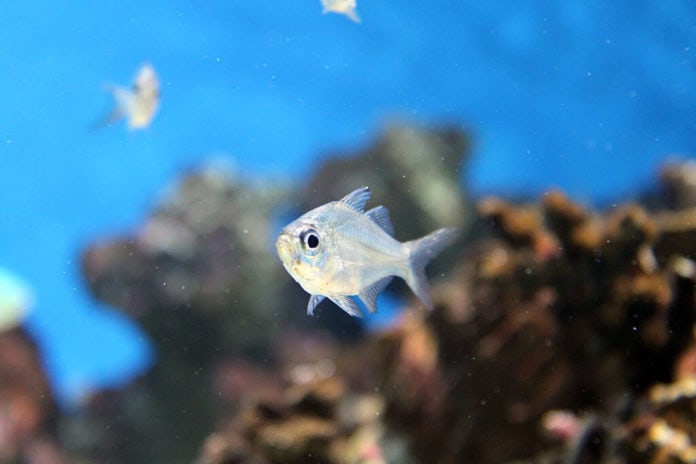 Could it be that all of humanity could have been wrong about something? I mean, the sun does rotate around the Earth, right? And cigarettes are like a party in your lungs.

What if cigarette manufacturers starting adding omega-3s to their cigarettes? Would you take back up the habit? Point being: just because a food item contains a few healthy components does not make it a health food.

If I listened to much of the current generally accepted health advice, I’d probably be like many Americans – obese, suffering from high cholesterol and afraid my heart might attack before I can get my stints put in place – just like 50 years ago when doctors went on TV to declare their favorite brand of cigarettes.

Fish is not healthy, and taking fish oil supplements is like injecting alcohol straight to your bloodstream instead of at least being able to enjoy the taste of your Mai Tai. But what about the healthy fats – the EPA and DHA? Won’t I be stupid if I don’t eat fish?

A 2004 analysis by the Environmental Protection Agency revealed that “630,000 children are born each year at risk for lowered intelligence and learning problems caused by exposure to high levels of mercury in the womb.”

That’s one in six children born to women encouraged to eat fish to ensure their baby’s proper brain development at risk for brain problems because their mothers subscribed to the belief that fish is a super food.

Tuna is a major culprit as it is one of the most popular fish consumed in the world. Mercury occurs naturally in the marine environment, but industries like coal-fired power plants push the amount of methyl mercury to unsafe levels, where bacteria in the water convert the toxin into a form easily absorbed by small organisms. The mercury makes its way up the food chain, where the animals that live the longest and grow the largest absorb and retain the highest levels.

Related:   A Glimpse into the Future: The World’s Oceans (Part 1 of 2)

Then we come along, fish the oldest and the biggest animals from the sea, and call it a super food. But why? We are taught that our brains will shrivel up without sucking the omega-3 fatty acids – called eicosapentaenoic acid (EPA) and docosahexaenoic acid (DHA) – from fish or fish oil supplements.

But beware the fish oil salesman. Omega Protein, the nation’s leading producer of omega-3 fish oil supplements and fish-meal products, spends a good amount of its $235.2 million annual profits on lobbying the legislators and the Federal Drug Administration (FDA) to keep its action levels for mercury in fish high, and to continue recommending eating fish as part of a healthy diet.

Action levels are the highest level a contaminant can reach, in this case mercury, that the FDA will allow before pulling it from the shelves. First set at 0.5 ppm (parts per million) in 1969, the FDA changed that to 1 ppm in 1979. Then, in 1988, the FDA stopped widely testing for mercury in fish. In contrast, Health Canada still recommends the 0.5 ppm and advises limiting consumption of swordfish, shark and tuna to only one meal per week.

In an investigation by PBS’s NOW into how the influence of the tuna industry on the FDA might be putting us at risk of mercury poisoning, the Environmental Protection Agency’s recommended limit on mercury consumption was calculated to see how much mercury a 45-pound child would ingest by eating one can of tuna a week.

The EPA’s limit is .1 micrograms/kg body weight per day. By eating one 6-ounce can of tuna per week, the 45-pound child would be taking in almost four times the EPA’s recommended dose. See detailed calculations here.

Related:   A Glimpse into the Future: The World’s Oceans (Part 2 of 2)

Environmental Health News reported early last year that a long-term dietary study found that the mercury in fish cancels out any benefit that may be incurred by eating fish.

Back to those coveted omega-3s that people believe give them a free pass to gorge on McRibs as long as they pop a fish oil pill. But the truth is that only plants can make Alpha linolenic acid (ALA) omega-3 fat. Fish get it from eating plants, and so can we. Plants make ALA, which our wonderful bodies convert into DHA sufficient to power our own brains.

A study published in the American Journal of Cardiology found that the only benefit incurred by eating fish is that it replaces some of the beef- and dairy-rich foods common on our breakfast, lunch and dinner plates. In fact, quite a few recent studies published in major medical journals have found that instead of preventing heart disease, the mercury found in fish is actually causing more heart trouble.

Aside from eggs, you can’t find food higher in cholesterol than fish. Even “heart healthy” salmon contains almost double what you’ll get in beef.

So fish aren’t just scaly bags filled with omega-3 nectar? Not even close. Fish have rich social lives and contrary to long-held counterintuitive belief, they feel pain. Common sense tells us anything that has evolved to move also has evolved the ability to feel pain. You feel pain, you move away from it. But scientific evidence now documents that fish experience pain in much the same way we do. Remember that lobster you boiled? Researchers say they feel pain and remember it.

The Washington Post recently ran an article called The end of fish, in one chart. And yes, it is as bad as it sounds. In 60 years of industrial fishing, the world has decimated large fish species like tuna and shark, leaving only 10 percent of what once made our oceans the stuff of legend.

Since there is no end in sight, soon the belief that we don’t need fish to be healthy will be forced upon us – there won’t be any left. When the tuna are gone, will we all start popping dolphin-oil supplements with our Big Mac?

Note: If you are concerned about getting your omega-3s, try a clean source from flax seeds, hemp seeds, chia seeds, walnuts, soybeans, and leafy greens.