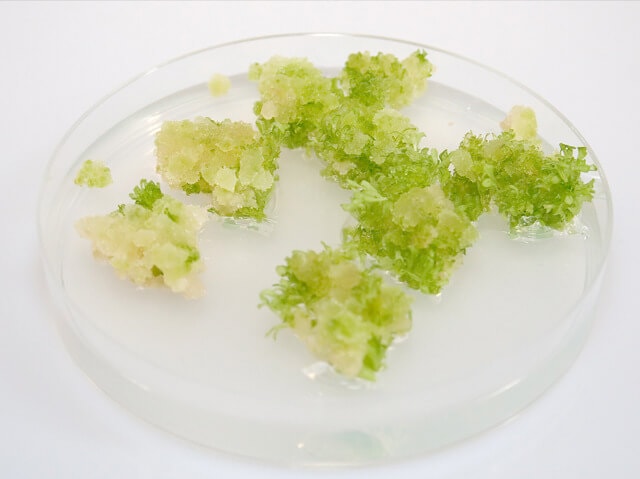 Scientists have located a happy place where two Bad News Betty’s – tobacco and GMO – collide, asserting that cultures from genetically modified tobacco plants are able to be grown into a therapeutic anti-HIV antibody.

Initial small-scale clinical trials of the HIV antibody (or “plantibody”) made from tobacco have proven to be safe. Further testing will prove whether it is as effective as scientists expect and hope it will be.

If it works, it means that mass producing a tobacco-based medicine to fight against HIV will occur exponentially more cheaply than creating conventional pharmaceuticals for the condition. Production costs could be 10 to 100 times lower, according to the Fraunhofer Institute. Manufacturing would not only be cheaper but significantly easier as well, making it possible to create systems for regional production—ensuring the antibody is readily available to various populations across the globe.

So put that in your pipe and smoke it. Or don’t! Put it in a petrie dish instead. Other (Non-Smoking) Uses for Tobacco

Tobacco has a rich history of many uses across a variety of countries and cultures. According to the US National Library of Medicine and National Institutes of Health, books published as far back as 1537 document different Indigenous populations using the tobacco plant for medicinal and therapeutic purposes including to relieve general bodily ills, catarrh, colds, and fevers, as well as as a digestion aid and in prevention of hunger and thirst, as a purgative and as a narcotic.

‘Successful’ medicinal uses of tobacco as identified in 1849 include: topical application for poisonous reptile and insect bites, pain, hysteria, gout, tetanus, ringworm, ulcers, wounds, and as a respiratory stimulant. It was applied rectally to relieve constipation and haemorrhoidal bleeding, and via mouth for malaria and intermittent fevers, as well as to dislodge material obstructing the esophagus and to induce vomiting.

There is also evidence of tobacco being mixed with lime and chalk in Native American and Indigenous Venezuelan populations, for use as a whitening toothpaste. In India this practice actually continues today, where powdered tobacco – or masheri – is rubbed on the teeth, and where ‘tobacco toothpaste’ is marketed commercially.

Tobacco is said to also be an effective insect repellent. By soaking as little as a cigarette amount of tobacco in a quart of water overnight, the nicotine released in the water will create an all-purpose repeller of all types of critters. Use it in your garden around plants, or transfer to a spray bottle and spritz around wall cracks and floor openings to repel spiders. (Science Daily)