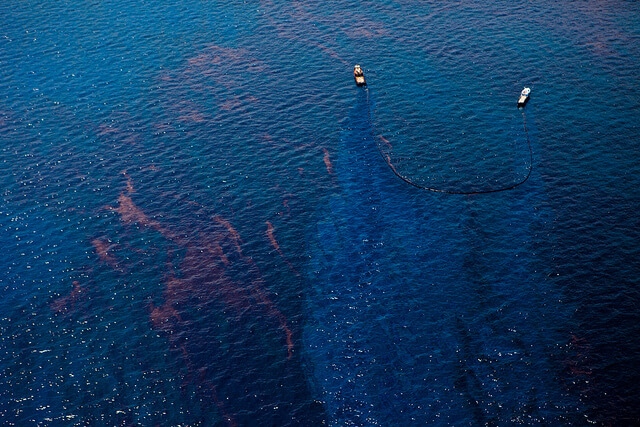 Do you remember the Deepwater Horizon disaster of 2010? It was all over the news for months and months… and then seemed to simply disappear from the media once BP announced they’d stopped up the gushing oil well.

Whistleblowers are claiming that’s no mistake — and in a recent report from the Government Accountability Project, cleanup crew members have painted a sinister picture. To obscure the true amount of oil spraying into the Gulf on a daily basis, they say, BP immediately began unleashing huge amounts of dispersant. Over 1.84 million gallons of the stuff.

The problem? The dispersant used by BP, a chemical called Corexit, is known to be highly toxic to humans. Exposure can cause a laundry list of symptoms, including kidney and liver damage, seizures, memory loss, and even cancer.

Not only were as many as 47,000 workers potentially exposed to this dangerous chemical, but former oil cleanup crew are reporting that BP intentionally withheld information on how to safely handle Corexit and failed to provide any sort of protective gear to workers.

One maid tasked with cleaning a mixture of seawater, Corexit, and crude oil from the floors of BP’s “floating hotel” for workers was told the dispersant was “as safe as Dawn dishwashing liquid.” But within days of exposure, she found herself coughing up blood suffering from nonstop headaches. Her symptoms only continued to get worse with time, transforming into uncontrollable muscle spasms, a severe loss of short-term memory, and even random swelling of her leg that would come and go.

Cleanup workers on the water claim they were literally hosed down with Corexit by planes overhead during the day. When they complained about the caustic fumes and asked for respirators and protective clothing, supervisors threatened to fire them.

Even government-contracted scientists are reporting health problems from Corexit exposure. One diver, Steve Kolian, was part of a team assigned to assess the impact the spill might have on surrounding marine life. He claims that officials from the National Oceanic and Atmospheric Administration assured him that it was perfectly safe to swim in Corexit-treated water — and suggests the agency may have been collaborating with BP to downplay the toxic effects of the dispersant. In the years since the spill, he’s experienced painful skin rashes and peeling, dizziness, nausea, bloody stools, and cognitive issues.

The GAP report is filled with similar stories — and, in the end, concludes that the use of Corexit to clean up the spill has been more harmful to human health and marine life than the crude oil alone would have been. In light of the report, GAP and its partners in the Gulf are demanding that the EPA ban Corexit from use in future cleanup efforts. They’re also trying to establish medical treatment programs to help the thousands of people now suffering from what they’re calling “BP Syndrome.”

Want to know what you can do to seek justice for the workers BP poisoned with Corexit? Read the full GAP report here, and then sign the petition to ban Corexit for good. 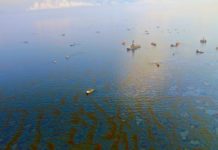