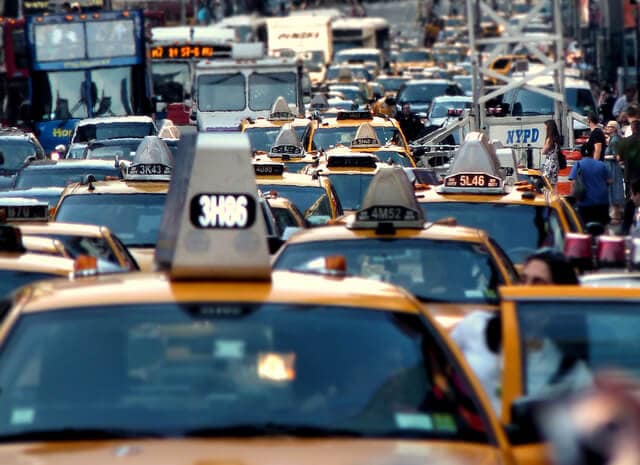 Scientists and doctors have been researching the effect traffic pollution has on the human body for years. Damning evidence against high pollution areas has already been collected, claiming that people who live by busy roads and in inner cities have poor health and a low life expectancy. A new study has been released this month to back up these claims, with evidence that traffic pollution can play a factor in heart disease.

The study that has emerged is proving that people, who experience prolonged exposure to fine particle matter from traffic pollution, are at an increased risk of developing heart disease. The study showed that the closer to high traffic areas, the higher the risk of aortic calcification, a condition where calcium forms around the aorta, the main artery leading from the heart. In fact the study proved with every 300ft closer to major traffic levels the risk of developing this condition rose by 10%.

Traffic pollution has long been linked to respiratory issues such as asthma and bronchitis, but this study is the first to directly link the effects of pollution to heart disease. An earlier study linked the effect of traffic noise to heart attacks. It is believed that traffic noise attributed to stress and lack of sleep, two major factors which cause heart attacks.

But it doesn’t stop there, earlier in the year a study was completed linking traffic pollution and babies born with a low birth weight. Babies born with lower birth weights are more prone to infections and are also left open to more serious issues such as bleeding on the brain, and issues with their hearts forming properly, leaving them open to problems in later life. These alarming results have resulted in scientists looking into other effects of traffic pollution on unborn children, as these fine particles are already directly effecting development within the womb.

The vehicle manufacturing industry is being pushed to realise the development of zero emissions vehicles is vital. With our roads becoming more and more heavily populated, the relevant technology is going to have to be developed quicker in order to keep up with rising health scares.

Some car dealers are seeing new car buyers becoming more environmentally aware, with an increasing demand for hybrid and electric vehicles. They however highlight that many customers have doubt about the advancement of these technologies, which is preventing more people from driving green.

Unfortunately areas with high levels of traffic pollution are often also densely populated. Meaning the amount of people that have a chance of being affected is growing. With many car makers dedicating time and resources into electric and fuel cell technology hopefully electric cars will soon be a common sight on our roads, and we can aim to assure less and less people are affected by traffic pollution as possible.