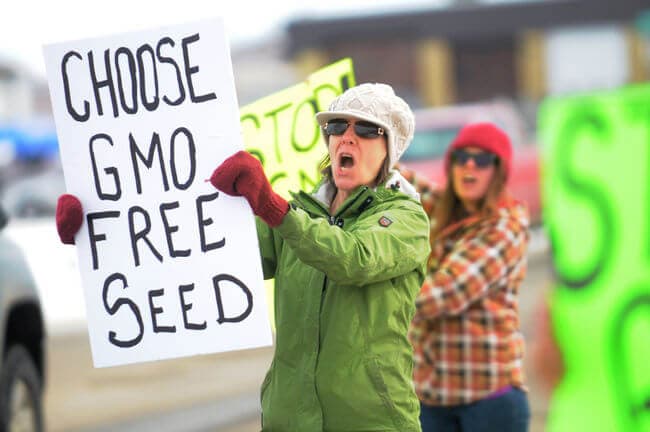 CBC News reported that affairs and currents of the expanding genetically-modified food system are “too far removed” from concerns of the average Canadian consumer.

Despite the amount Monsanto is emblazoned across news pages and amidst frequent farmer and food group protests happening the entire world over, the average Canadian consumer isn’t getting the message, or the point, of the GMO debate. Instead, there is a stark silence in our grocery aisles contrasting shouts from countless other communities to find vilification in global enterprises creating ‘foodstuff’ without sufficient safety or research measures to protect consumers nor grower countries.

Andreas Boecker, a University of Guelph associate professor who has studied consumer attitudes towards GM foods, told CBC that “[GMO] concerns among farmers and informed groups of consumers do not translate to the average consumer” —shopping habits and attitudes across the country reflecting that a “strong majority” of Canadians have “no strong views” for or against GM foods in their family households.

What the indifference is due to isn’t clear, though a survey conducted last year by the B.C. Growers’ Association found 76% of Canadians feel the federal government hasn’t given them enough information on GM foods. Another 9% said they’d never even heard of GM foods.

Opposition to a modified food system has hardly been kept under wraps since the first “Flvr Svr” tomato first hit grocery shelves in 1994. Since this time, the global battle to preserve natural crops has been live like bacteria, from India’s “suicide belt” to growers in our own communities touting that GM foods destroy agricultural diversity, create potentially harmful strains of crops, put farmers out of work and pose health risks to consumers and the planet.

Related:
Could GMO Tobacco Plants Be A Viable Biofuel Source?

Health Canada’s official stance is that GMO foods are safe for consumption, and have long passed approvals for the growing of modified corn, canola, soy and sugar beet crops, as well as a number of “novel food” items. According to Health Canada, ‘Novel Foods’ are:

Evidence to demonstrate the risks toward people and planet from GMO crops are readily available and a click away from Google via a number of credible sources. It’s time for Canadians to step up and start asking questions about what they’re consuming. After all, you are what you eat. 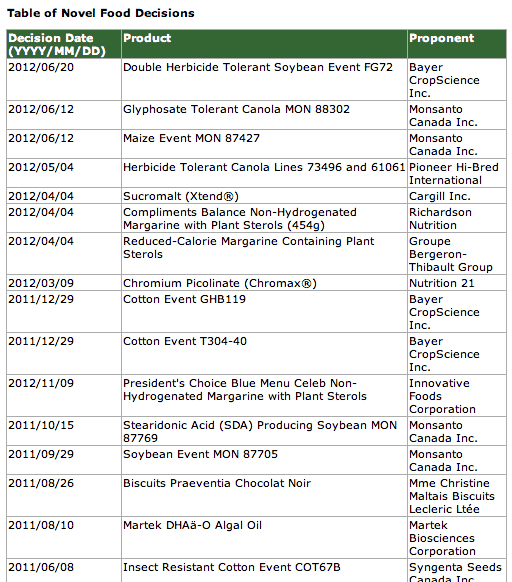 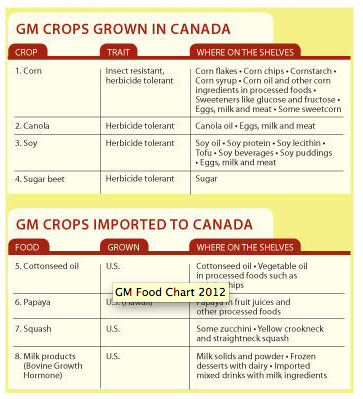 CBAN (Canadian Biotechnology Action Network) is a collective of individuals and organizations dedicated to the campaigning for food sovereignty and environmental justice; members include Canadian Organic Growers, Greenpeace Canada, and the National Farmers Union.

Film: The World According to Monsanto