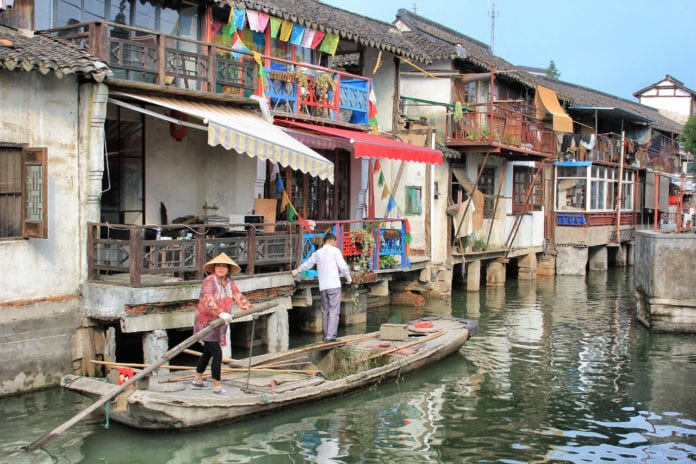 Finally, there could be some hope for the documented 400 or more Chinese ‘cancer villages’ scattered through-out their country; as Traditional Chinese Medicine (TCM) is heroically called upon to generate from its deep knowledge base, practical and workable, life sustaining and cancer-curing protocols for its sick and dying people!

The best help and hope for those suffering would be with ‘something’ and from ‘someone’ they already know and believe in. Currently, there are approximately 2 million registered doctors in China; and about 12% of these, are TCM practitioners. Now imagine for a moment, the possibility of consolidating this healing army of a quarter-million dedicated and knowledgeable souls, to help their cancer-stricken citizens, to save and heal their lives!

My most direct and honest answer to this question will focus on the concept of TCM, and its already proven 2000 year workable history and success. Please understand, I am not a TCM expert, nor much of an expert at anything else; other than perhaps, offering some very much needed hope and a plan; a cancer-saving protocol, that is based on the ancient tenets and wisdom of Traditional Chinese Medicine.

As an independent research scholar and writer, well versed in Chinese medicine, I feel compelled to lend a hand towards this justified cause, and help direct this cancer healing art to its own people in need. The Chinese people know and believe in TCM. Culturally, they are already used to it, and have been healthily benefiting from its practical philosophy for two-thousand years!

It’s the perfect ‘IN’ to help them!

They don’t need mechanical devices, modern chemotherapy cocktails, radiation, and the usual assortment of our ‘modern’ chemical lotions and potions; or, surgeries and biopsies, to cut it out of their bodies. They need something that they know, trust, and understand. Something non-invasive, that they can truly believe in…Traditional Chinese Medicine!

Healing and health, fighting off infections and diseases, longevity and endurance, all have one crucial element in common, the immune system; and without it, we would all be dead! TCM’s main focus and foundation rests on something they refer to as ‘Qi or Chi’. It is considered to be the source of your vitality and strength.

It is defined as, “Qi is the basic material of all that exists. It animates life and furnishes functional power of events. Qi is the root of the human body; its quality and movement determine human health. There is a normal or healthy amount of Qi in every person, and health manifests in its balance and harmony, its moderation and smoothness of flow.” — Livia Kohn, Health and Long Life: The Chinese Way.

Flow and energy, are at the core of TCM; and, are the most important concepts to keep in mind with regard to dealing with cancer and it’s many physical manifestations! As any good doctor or healer would agree, strengthening the immune system is the key to overcoming any disease or physical crises. And, anything that blocks, alters, or stops the natural flow of your ‘chi’, can cause your body harm. Negative energy, poisons, radiation, toxic metals, and cancer causing chemicals can all disrupt and obstruct ones ‘chi’. This is not rocket science people. This is the basic stuff of life. Ignore it at your peril!

Cancer can dramatically disrupt and alter anyone’s ‘chi’, causing them great distress and even death. Understanding and saving life involves understanding the power of ‘chi’ and its ability to heal and save lives. This is what the Chinese people already and fundamentally know and understand. They know all about ‘chi’; it’s us, and our weird Western ideas that are at odds with trying to ‘scientifically’ explain it!

My immediate prediction of the results, if this cancer protocol is adapted and implemented, is that 50% of those treated will favorably respond to the ‘placebo-effect’, and become ‘spontaneously cured’; rather, for legal reasons, their cancer will go into ‘remission’. It seems for obvious reasons, that people respond incredibly favorably to ‘help and hope’ in something they ‘culturally’ believe in. That’s why TCM!

TCM is a vast database of tried and tested methods, techniques and physical remedies. Some of which are currently out of favour and considered by some to be of bad taste; therefore, my focus will be on ‘non-animal’ TCM therapies that strengthen ‘chi’; and, that can help by activating and enhancing the immune system to fight-off the various forms of cancer they may have.

Many traditional herbs and fungi have been in use by these ancient healing practitioners in China for thousands of years. One particular fungus that TCM uses to treat patients has some amazing properties that we in the West are only recognizing; it is called the cordyseps mushroom, and, it has recently been proven to be highly effective, in attacking and killing cancer cells; according to an academic cancer study of (2010), out of the University of Nottingham.

TCM knows the truth; while here in the West, only those in the know, truly know! The health and natural food advocates, they know; and swear, by the power of certain types of mushrooms to heal, strengthen, and enhance their immune systems. They have personally witnessed the power of these healing mushrooms to literally save lives; including, successfully fighting off various types of cancers they may have had as well.

Related:   China joined with India in giving qualified approval for climate accord

Moving on to spices, specifically turmeric, which contains curcumin another healing agent in use in China and India for thousands of years; and an integral part of the arsenal of TCM tools to fight cancer. According to Medical Herbalism, “In Chinese Medicine, turmeric is considered an herb that invigorates the Blood. This class of herbs may be used to treat pain, abscesses and ulcers, and abdominal masses”.  We need to take from TCM anything of value that will help save lives; obviously, curcumin is one of them!

Another cancer fighting wonder within TCM is the practice of Qigong. Actually, the history of Qigong predates TCM by at least 2000 years; and it was eventually incorporated into its philosophy and teachings. Recently, Qi Gong, has been able to make great strides into cancer therapy. Including, working on anxiety, depression, and the psychological well-being of cancer patients undergoing other invasive therapies.

Peter Ragnar of Longevity Sage is an avid practitioner and teacher of Qigong, and expresses the power of Chi rather eloquently, “Qigong is an ancient energy boosting practice passed down throughout the ages by wise martial artists who understood the magical ways of cultivating unlimited amounts of Life Force energy or power”.

Hopefully by now, you are starting to see the power within TCM to help save lives; and, to be able to give people the needed strength, courage and hope, for a healthier body and a cleaner less toxic environment. With this goal in mind, let me share some more good news about this ancient healing modality.

Please understand this clearly, Traditional Chinese Medicine involves a very personalized and individualized approach to healing. Much more than the 5-10 minutes our GP usually gives us. Each traditional herb concoction and mixture must be measured specifically for the patient, based on their unique physiology, symptoms, and physical diagnosis. The seasons and seasonal diets, also play a big part in the healthy arsenal of TCM tools to help get the body naturally acclimated to the local environment; by sourcing fresh foods that are easily available to gather and eat.

Again we are talking about a 2000 year history, with billions of tried and tested favourable results. This is not a ‘new science’, or simply some unsubstantiated quackery. This is people proven, and results driven, healing at its finest. Please be warned, and do not attempt to take any of these herbs suggested for my cancer protocols, and cancer therapy. It can only be administered under the careful trained eye of a certified TCM practitioner. All results are unique and personal. This is the true power of traditional medicine to heal and save lives!

Out of the magical cornucopia of some 10,000 herbs that are in use within TCM, one of my favorite’s for its powerful cancer-fighting results is called Thunder God Vine, or lei gong teng. Last year, a new finding published in the journal of Science Translational Medicine and funded by the National Institutes of Health, had even the scientists collaborating on the project stymied regarding the anti-cancer properties of a particular compound of this herb, known as ‘triptolide’. Not surprisingly, this compound has been linked to previous cancer research findings and with equally great cancer-fighting results.

One of our more familiar herbs we in the West almost take for granted these days is ‘ginger’. TCM has been using it religiously for two thousand plus years; and again, with great success in fighting off a host of ailments and physical conditions. More and more scientific evidence these days clearly shows it can also kill cancer cells. And, synergistically speaking, in combination with other cancer fighting herbs, these traditional remedies can literally revive the dead!

According to this source, “The anti-inflammatory properties that may keep cancer from multiplying may also offer relief against rheumatoid arthritis [source: Rossiter]. Some suggest that ginger can help alleviate menstrual cramps and quell a cough associated with the common cold [source: Tyler}. Another benefit of ginger is that it seems to have no real side effects, which is one of the main reasons it appears to be safe during pregnancy”.

I could go on and on; but, I won’t! I want what you read here to sink in a bit. I want you to know that HELP for these 400 cancer stricken villages is real and do-able. They have the traditional healing technology, the manpower, and cultural resources to save lives. Traditional Chinese Medicine needs to be called upon, activated and mobilized, with corporate and government sponsorship. I know TCM will save and heal lives. I am calling on the Chinese Government and every TCM practitioner in China to lend a hand and help your fellow citizens in their desperate time of need.

As a writer and researcher, I wanted to offer more than a ‘problem’ with some background and a patty-cake solution. In this case, I want to make more of an impact; by offering real hope and a real workable, do-able solution to the ‘problem’. That’s why I titled the piece, “Chinese ‘Cancer Villages’ Generates TCM ‘Cancer Protocols’. I hope it helps. 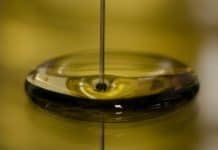 Go Easy This Holiday Season on the Eggnog and the Sex...