You probably already know that Bisphenol A (BPA) and phthalates are bad news. Commonly found in plastic containers, bottles, and cans used to package foods, these chemicals have been implicated in the development of health problems including cardiovascular disease, reproductive problems, and even certain cancers. The problem?

No one’s entirely sure how much exposure is dangerous, and the amount of the chemicals leeched into packaged food can vary wildly depending on the type of food and specific manufacturing processes. The research has been so inconclusive that the US Food and Drug Administration refuses to ban BPA in food packaging despite pressure from consumers. (The FDA has, however, banned the chemical in baby bottles and sippy cups.) Likewise, phthalates have been banned in children’s toys in several countries, but haven’t yet been removed from the food chain.

At the moment, the only real solution is for customers take their health into their own hands. Common sense suggestions include avoiding canned foods and soda, not purchasing products packaged in certain types of plastics, not heating food in plastic storage containers or freezing water bottles. Buying local organic foods that don’t have to be shipped long distances in potentially toxic packaging is the logical next step.

There’s just one problem: taking these steps may not actually lessen your exposure to BPA and phthalates at all. At least, that’s what a new study led by Sheela Sathyanarayana of University of Washington’s Seattle Children’s Research Institute recently found.

The study followed two groups of families – one who were given basic instructions on avoiding BPA in their meals, and one that was actually provided catered meals from a company that avoids plastics and uses only fresh, local ingredients. Researchers assumed that the families simply given instructions to follow would have a harder time avoiding BPA and phthalates on their own, but that the family given access to carefully prepared local food would have much lower levels of exposure.

Related:   10 Commonly Eaten Foods So Dangerous They Are Banned in Other Countries

What happened next was shocking. The families who tried to avoid BPA on their own showed no change in the levels of the chemical in their bodies at all…and the the group receiving catered meals actually showed double the levels of BPA. They also showed a terrifying 2,377% increase in toxic phthalate levels.

So what does it all mean? Even the authors of the study aren’t sure. Previous research has shown that families receiving catered meals did have some decrease in BPA levels, so clearly there’s an unknown source of contamination at work. Stunned by the unexpected results, Sathyanarayana and her team went back to the caterer and found that the local organic foods being prepared for the families already had incredibly high levels phthalates in the dairy and spices used in the dishes. This was particularly surprising considering that the milk had been stored in glass bottles rather than plastic.

Now, the study’s authors caution that it’s impossible to draw definite conclusions from this small experiment. Just because the dairy and spices in this study had such high levels of BPA doesn’t mean that’s the case across the board.

However, it’s troubling for a few big reasons: the first is that it reveals just how powerless we are on an individual level to protect ourselves when these chemicals are so widespread within our food supply. Studies have shown more than 90% of Canadians and Americans have detectable levels of BPA in their bodies.

Individual action is often promoted as an easy solution to all sorts of environmental issues. When it’s a big issue like overpopulation or global warming, it makes sense that individual actions have a limited impact. But when you can’t even control what goes into your body, no matter how carefully you eat, there’s a problem.

This study should serve as a wakeup call for everyone concerned about potentially hazardous chemicals and additives in our food supply. We can’t allow big corporations and government organizations to shift the responsibility onto the consumer — because there’s nothing consumers can do that actually mitigates the problem. We need to shift responsibility onto lawmakers and regulators rather than expecting people to fend for themselves when it comes to ensuring a safe food supply. 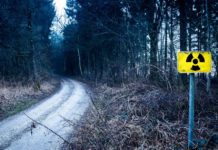 Non-Toxic vs Toxin-Free: What’s the Difference? 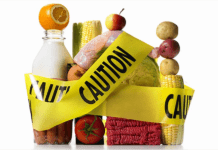 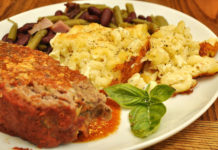 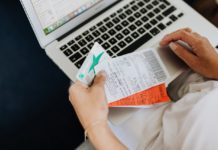 Non-Toxic vs Toxin-Free: What’s the Difference?

You probably didn’t know how bad food waste is for the...