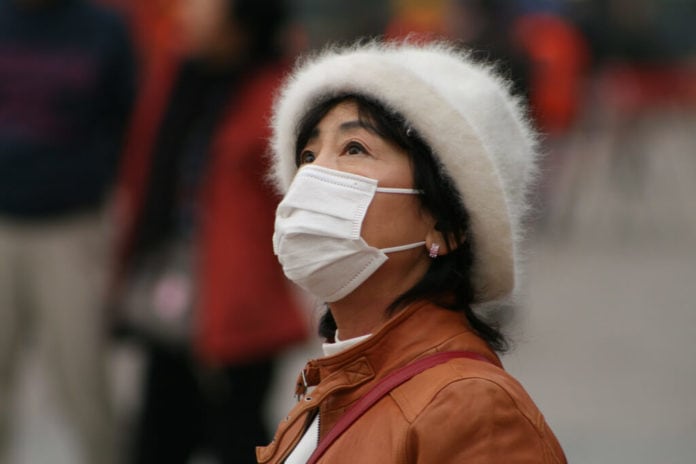 Alarming headlines from around the World are sharing the toxic tragedy regarding the current ticking time bomb within China; now, that they are officially admitting to clusters of ‘cancer villages’ scattered within their highly contaminated borders. Do we really dare open this Pandora’s Box of Pollution?

The official statement by China’s Environment Ministry was part of a five-year plan to tackle pollution as a high priority. “In recent years, toxic and hazardous chemical pollution has caused many environmental disasters, cutting off drinking water supplies, and even leading to severe health and social problems such as ‘cancer villages’”.

Shocking news comes from a recent Greenpeace blog about one particular village in southern China’s Yunnan Province; specifically, around the village of Xinglong. The Chinese press got wind of the story and began naming Xinglong a ‘cancer village’. The major source of the local pollution and cancer epidemic appears to have been from the Yunnan Liuliang Chemical Industry, which has illegally dumped over 5000 tons of hazardous waste; and were about to dump another 140,000 tons before they were found out!

Further investigation by a Greenpeace on site response team last October uncovered over 100x the acceptable limit for Cadmium, a highly toxic and carcinogenic substance; “Cadmium is one of six substances banned by the European Union’s Restriction on Hazardous Substances (RoHS) directive, which bans certain hazardous substances in electrical and electronic equipment but allows for certain exemptions and exclusions from the scope of the law”. In this rural village they have another 100,000 tons of Cadmium to dispose of!

According to Peter Simpson of Mail Online and their leading headline, “Cancer epidemic hits China after decades of pollution spark boom in disease”. Cancer has gone viral in China, “cancer is now the number one killer in China and one in four Chinese now die from the disease – marking an 80 per cent rise in the mortality rate from cancer over the past 30 years”.

Now, you may be thinking to yourself, so what, and what has this really got to with me; especially, something way over there in some remote village 10,560 kilometers away? Well, allow me to point out another reality that has even affected the quality of ‘organic foods’ and natural health supplements’ coming out of China.

About a week ago, Mike Adams of Natural News wrote a highly critical article exposing the myth of organic foods in the US; and why, you shouldn’t expect to get anything of true organic value out of China; especially, as he convincingly argues, “It’s a fact: USDA organic standards place NO LIMITS on levels of heavy metals contamination of certified organic foods. Even further, there is no limit on the contamination of PCBs, BPA and other synthetic chemicals that are allowed in certified organic foods, superfoods and supplements”.

As Adams explains, “‘Organic’ certifies a process of how food is grown or produced. It certifies that the farmer doesn’t add pesticides, herbicides, petroleum-based fertilizer, metals or synthetic chemicals to the crop (among other things), and it certifies that the soil must be free from such things for a certain number of years before organic certification is approved”.

In conclusion, he emphatically states that “organic certification does nothing to address environmental sources of pollution such as chemtrails, contaminated irrigation water, and fallout from industrial or chemical factories that might be nearby. A certified organic farmer can use polluted water on their crops and still have the crops labeled ‘organic’.”

So, getting to the point; we can now focus on China, a known ‘heavy’ and ‘unregulated’ polluter of toxic chemicals and industrial waste. Mike Adams did his own study focusing on the chemical analysis of certified organic chlorella products/sources from around the World; what he found was astonishing!

The independent lab results from China’s three separate samples of Chlorella were the most contaminated by far; by many times, the other ones from the other 14 locations in the world. China’s had the highest levels of the toxic metal Aluminum, 29 ppm. Chlorella is a substance well known as being able to remove metals from your body; why I ask, would you want to take this kind of fraudulent product, and put more metals back into your body? Talk about Buyer Beware!

As an independent health researcher and writer, I can attest from firsthand experience and study, that an untamed and lawless wild-west mentality still exists in China, with regard to ethically, environmentally, and safely disposing of industrial waste and their by-products from their surrounding physical environments. Pollution exists everywhere in China!

In my opinion, this is a ticking time bomb of death, disease and disability, primed and looming on the horizon. Personally, I see it as a crisis of epic proportions. Tens of millions may die as a result; and, hundreds of millions of Chinese lives may also become affected over the next few years because of these pollutants and their deadly cancerous effects! And, what about the many unknown toxic chemicals that are contained within the products we currently use in US and Canada, which are also manufactured in China?

Should we boycott Chinese goods? Should we demand independent testing of all potentially dangerous Chinese products? What is the solution? Stay tuned for part 2, as the World watches and waits for this story to unfold. In Part 2, I will examine the real hope that still exists for the Chinese village people, despite this ticking time bomb of environmental toxicity and exploding cancer rates.