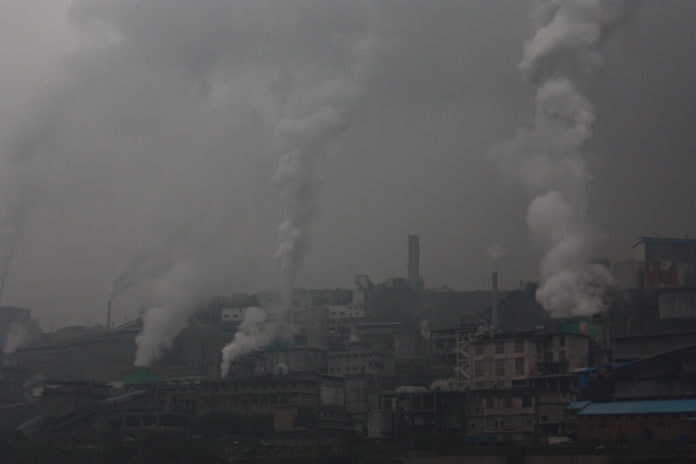 NASA has share that the air quality in the Middle East and Asia has been terrible this winter. NASA monitors the nitrogen dioxide (NO2) levels with the  Ozone Monitoring Instrument (OMI) on its Aura satellite, and has found that NO2 is a good proxy for pollutants:

Nitrogen dioxide is a key emission from the burning of fossil fuels by cars, trucks, power plants, and factories; the combustion of fuel also produces sulfur dioxides and aerosol particles. When the weather is hot and sunlight strongest, NO2 emissions usually lead to the creation of ground-level ozone. In the winter, NO2 is less likely to breed ozone, but it does linger for a long time and contribute to fine particle pollution. Year-round, it is a good proxy for the presence of air pollution.

So why is air quality worse during the winter than other times of the year? Colder weather means that people and power plants are burning more fuel to heat buildings, and thus, emissions are higher.

Treehugger reports that “many parts of China are also struggling with bad air quality this winter, including Beijing, just like last year, and most of the time. Things are so bad that the government there is mandating rolling shutdowns of factories to try to reduce the smog.”

The poor air quality in China should come as no surprise, as we recently reported that China’s air pollution levels are breaking records and reaching dangerous levels. So much so that the Chinese media has taken a stand on air pollution in China by calling on the government to take action against pollution, which according to the media, have reached dangerous levels in the capital city, which is home to around 20 million people.