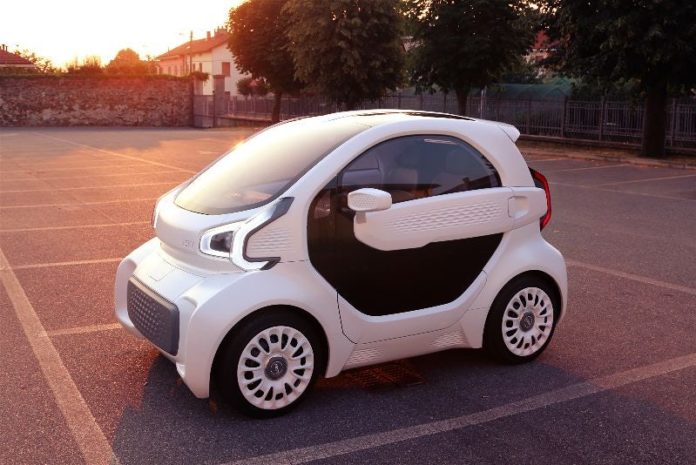 The first mass-produced 3D-printed electric vehicle – weighing just 950 pounds – is due to go on sale in Europe by next year.

The two-seater LSEV vehicle can be produced within three days, is about the size of a Smart car and will have a top speed of 42 mph. It will cost $9,500 when it goes on sale – scheduled for April 2019.

Most of the car was 3D-printed with three materials: polylactic acid – a common 3D printing filament, rubber-like TPU, and enhanced nylon. All other parts, such as windows, chassis, engine and tyres, are made from conventional materials. 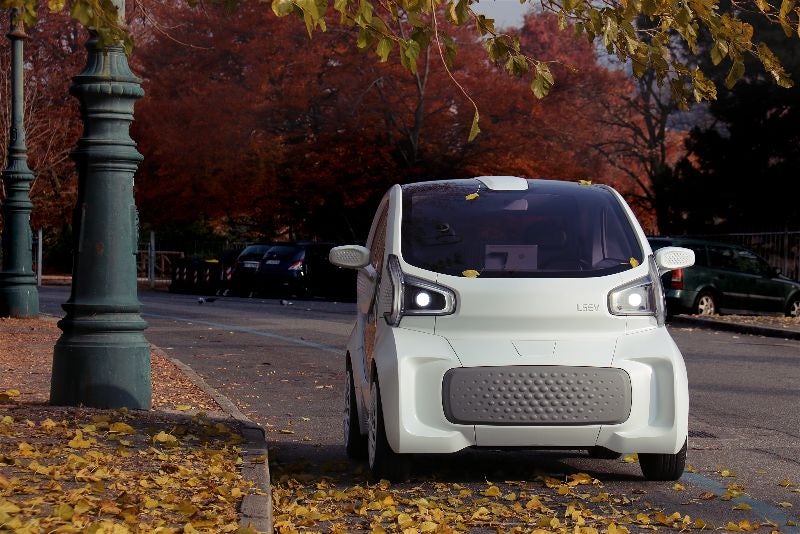 LSEV is the work of X Electrical Vehicle (XEV), an Italian-based start-up and Shanghai’s Polymaker, a 3D printing filament manufacturer

A 50-strong workforce at XEV designed the vehicle, produced special 3D printers, and created one prototype.

Even though it is still in its infancy, the Italian postal service has placed an order for 7,000 of the cars, as well as car sharing service, Arval.

Production will open next year and XEV aims to make 20,000 cars in its first year, commented XEV founder Lou Tik.

He added the car has 57 components, while a conventional car has 2,000 parts. Safety tests carried out on the vehicle have shown it to be five times as strong as conventional comparisons.

Production will open next year and XEV aims to make 20,000 cars in its first year

Mr Tik said he began the project with his Italian co-partner and 3D printing director Robert Moretti and was given an initial boost with funding totalling €2million after winning Horizon 2020, EU’s biggest programme for research and innovation.

The combination of 3D printing and the electric concept is said to offer a multi-billion dollar potential for the future as production and investment costs could be significantly cut and shorter development periods.

“The research and development process of a car model conventionally takes between three to five years, but 3D-printed cars like XEV only take between three months to 12 months,” said Dr Xiaofan.

An LSEV prototype is being displayed at Shanghai’s China 3D-printing Culture Museum and will be exhibited at Auto China 2018 in Beijing.

3D Printed Solar Panels: The Next Step in the Renewable Energy...