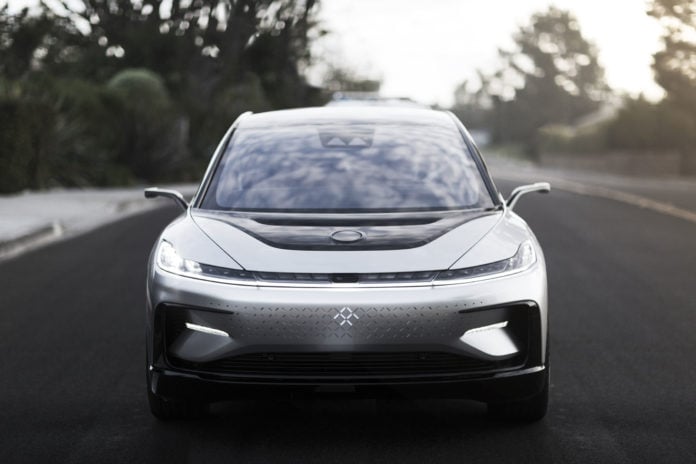 Faraday Future is finally making some progress on their plans to deliver their first supercar by December this year.

The electric car startup hired a commercial builder by the name of Bernards, from San Fernando to aid in the construction of the six-figure fully-electric luxurious supercar. The company also confirmed the acquisition of city permits giving them the go-ahead for the building of the car.

The general contractor will head the upcoming 1 million-square-foot Hanford factory in California, where the FF 91 will be built from.

Referring to the short time frame as “aggressive yet workable,” the company insisted that they are going to have the FF 91 on the road before crossing over to 2019.

Faraday Future received their spotlight in 2016 during the Consumer Electronics Show, and has since had their fair share of challenges trying to build a 1050hp supercar to go head on with Tesla Model S.

The company has been facing extreme cash shortages, several lawsuits, as well as executive departures. The company’s chief financier, Jia Yueting is also facing multiple legal actions due to many unpaid debts.

According to the company’s senior vice president, the Hanford factory is fully set and ready for the production of the first batch of the vehicles.

“As of now, our on-site abatement, demolition, and refurbishment work has started, and we have ordered all the long lead-time equipment,” he said. He also expressed their excitement of having Bernards, the main contractor on board to aid in getting the factory ready for the commencement of work.

Faraday Future says that the new factory is strategically advantaged as it sits between Silicon Valley and Los Angeles, which are the United States’ largest electric car markets.

FF is also working in partnership with the Hanford Institution to introduce training programs to ease the recruitment process of the 1,300 employees it requires.

The 1050 horsepower all-electric self-driving car is said to be able to go 300 miles on a charge. It’s also supposed to accelerate from 0-60mh in 2.39 seconds. It’ll also have Artificial Intelligent features for facial recognition and other crucial tasks.

This is good news, and hopefully, FF will deliver this time, because they have been making empty promises for quite a while now.