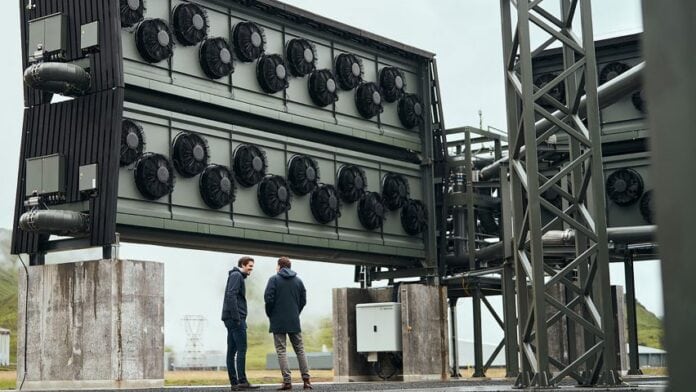 In September 2021, the Swiss company Climeworks opened the first carbon capture plant in Iceland. Named Orca after the Icelandic word for energy, this plant permanently removes carbon dioxide from the atmosphere and securely stores it underground.

This technology has exciting implications for environmental health and sustainable industry. Here’s everything you need to know about the Orca carbon capture plant.

What Is Carbon Capture?

Since the Industrial Revolution in the late 1700s, humans have released 375 billion tons of carbon dioxide into Earth’s atmosphere. Of this amount, the planet naturally absorbs roughly half, leaving the other half in the atmosphere.

Carbon dioxide (CO2) is known as a greenhouse gas because it traps heat in Earth’s atmosphere. Most scientists believe the additional heat from CO2 in the atmosphere is negatively impacting ecosystems and plant life across the globe.

As people have become more concerned about the effects of CO2 on the planet, they’ve focused on developing technologies that can reduce total carbon emissions. However, many major industries rely on burning fossil fuels, which put carbon dioxide into the air.

Carbon capture is another kind of technology that reduces CO2 levels from another angle. Its goal is to pull carbon dioxide out of the air and then either store it safely or reuse it as a product that can be sold. 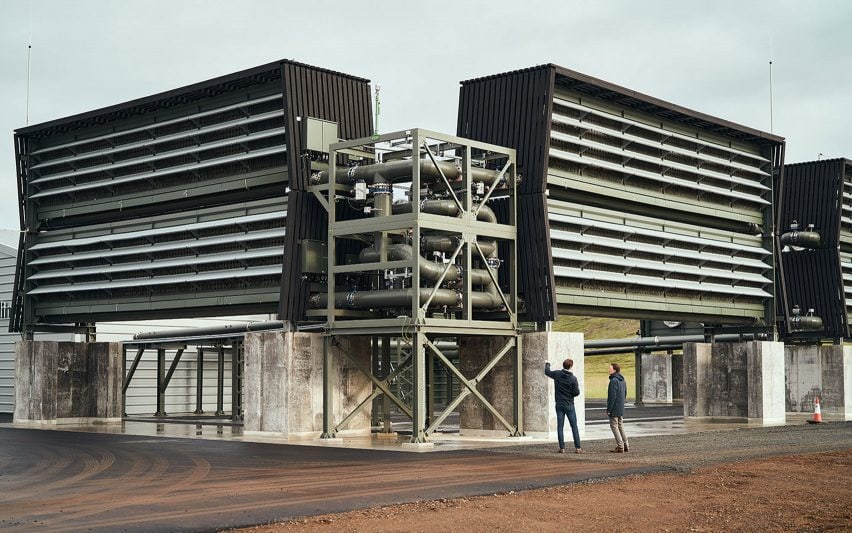 The technology used for carbon capture has been in development for 100 years. However, its use has evolved significantly over time, and it’s just over the last 40 years that this tech has been adapted for environmental purposes.

Orca’s carbon capture technology works by combining a filter system with a procedure that pumps collected carbon dioxide deep underground. Each year, this plant will capture 4,000 tons of carbon dioxide from the atmosphere and store it underground, where it will mineralize into porous basalt rock.

The compound is surprisingly compact, resembling four stacked shipping containers with fans to capture CO2. Air moves into the units through the fans and CO2 is collected on a special filter. Then, each unit is heated, pulling the CO2 out of the air. The extracted CO2 is mixed with water in a nearby facility before being sent deep underground.

Orca’s location in Hellisheidi, Iceland, has access to geothermal energy, which makes it possible for the carbon capture process to re-emit only 10% of the carbon dioxide it gathers from the atmosphere. This project is funded by donors who can pay for Climeworks to capture each ton of CO2 for about $600.

Large companies hope to use this technology to offset the amount of carbon dioxide they’ve released into the atmosphere through their operations. Although it won’t completely solve the problem, offsetting carbon emissions is one step toward a healthier planet.

How Effective Is Orca?

Since its inception, carbon capture has faced a lot of criticism. While it has great potential to help clear the atmosphere of high levels of CO2, the technology has several serious limitations. For one thing, it’s a costly process that most companies can’t afford to purchase.

For another, the amount of CO2 that current facilities are pulling from the atmosphere is so minuscule that it hardly makes a dent in the total amount that needs to be addressed. Finally, some environmentalists are concerned that a focus on carbon capture will give industries a “get out of jail free card” to keep using fossil fuels.

While these concerns are legitimate, it makes sense to reduce greenhouse gas emissions in multiple ways. Climeworks’ compound is a small step toward a future where energy is sourced and used very differently – similar companies have sold captured carbon as car fuel.

If the technology continues to improve and costs go down, carbon capture could be an effective way to pull large amounts of CO2 out of the atmosphere and improve the planet’s health. However, experts agree that carbon capture is a supplement and not a replacement for cutting emissions at their source.

Carbon capture is a valuable tool for reducing greenhouse gases in the atmosphere. Through their work at the Orca plant, Climeworks is leading research and development on how to scale up carbon capture in a sustainable and impactful way.

While there’s still a lot of work to be done, Orca’s carbon capture plant is an exciting step forward for reducing greenhouse gases in the atmosphere and establishing a healthy environment for life across the globe.