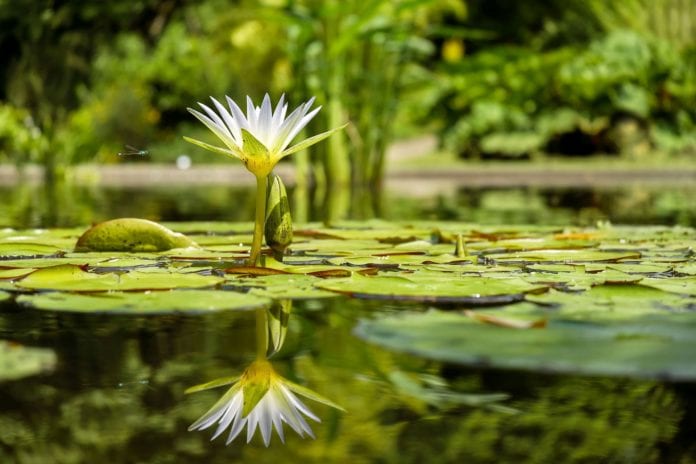 Ecological balance requires succession as an essentially important ingredient to deliver itself as conducive to the environment. Succession facilitates maximum variety to thrive in a given area producing an ecologically stable climax community. The community structure being simple gets easily disturbed by external forces.

The sere (or sequence of communities) is characterized by distinctive plant and animal life which contribute to unique chemical and biological conditions. As an example, consider lichens (one of the ancient inhabitants of barren rock outcrops) which can trap and hold windblown and water-carried pollutants. With increased soil depth, the moisture and nutrient components become suitable for mosses, herbs and grasses (which can replace lichens). Thereafter, due to continuous soil building, you can get a favorable atmosphere for trees and shrubs, concluding in lush green forests.

Natural habitats consist of aquatic environments (including waterways and shoreline areas), wetlands (like ponds and bogs) wooded areas, fields and unimproved land. Succession in aquatic environments, like a newly formed pond, is likely to happen. Microscopic organisms play crucially in succession. The accumulation of sediment aids anchorage and provides nutrition for aquatic plants. Bogs are the liveliest elements in the (European) landscape. They also serve as storing places of life and preservers of ancient history. They are fundamental to the whole ecosystem including important elements like water regulation, humidity and ground water.

In this respect, the Rhinewater Purification Plant had been of considerable significance to environmental artists (even though with its limited scope of impact). The German artist, J. Beuys, inspired people to plan oak trees through art. It emerged as a token to decrease deforestation and promote urban renewal. Beuys also celebrated the natural diversity of wetlands through Eine Aktion im Moor. Art work has been integrated to eco-friendly campaigns for gainful outcomes in the past.

Initiative towards a natural environment

Janine Benyus, a biologist, author (Biomimicry: Innovation Inspired by Nature) and an educator, believes that nature’s mentors are better teachers of mankind directing resources for preserving them. In her book Biomimicry, Janine points out an emerging discipline which entails sustainable solutions by following nature’s designs and processes.

In 2005, she founded The Biomimicry Institute (TBI) which is a nonprofit organization for nurturing a global community of people. The learning is supposed to come from emulating and conserving life’s genius targeting a healthier and more sustainable planet. TBI launched AskNature in 2008 as an open source database consisting of biological literature. Janine has several awards to her credit for her efforts in the area.

Nowadays, the new and old technologies are being implemented in innovative and motivating ways to enable conservation of resources. Elements, like low-tech devices including solar cookers, are gradually being implemented for reducing greenhouse gas emissions and supply inexpensive drinking water. There is an encouraging trend for using renewable energy resources.

Sustainability can describe the philosophy of maintaining diversity of life and resources on the planet. Aquatic environment is integral to planet; and depleting freshwater reserves is an enormous problem. Overconsumption of natural resources is an alarming condition wanting immediate resolution and prompt action.