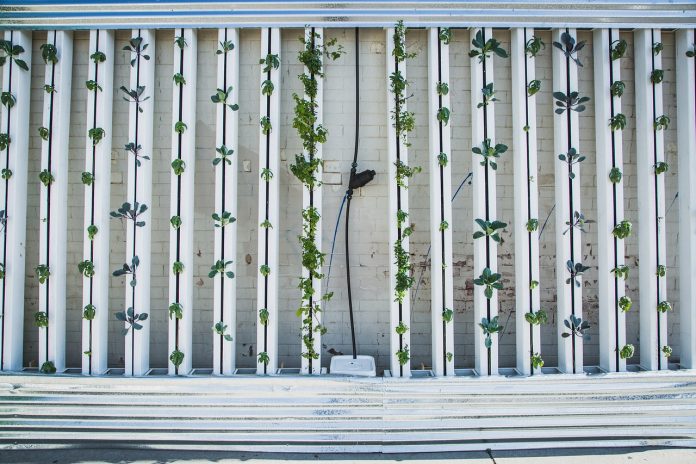 Vertical farms are an interesting alternative to the traditional horizontal farming model. Instead of needing acres of land to grow crops, vertical farming allows people to produce an abundance of produce in a small space.

With this technique, you can grow a variety of plants in as little as 2 square feet of space. It works by stacking layers of plants vertically, which maximizes the area and ensures ample growth.

Vertical farming is a revolutionary concept that could be applied to a variety of places. You could even place one in the desert! This could be an incredible asset for sustainable agriculture in the future.

It’s an exciting idea that could be a game changer for how we produce food. Keep reading to learn all about this technology and how it can be used. 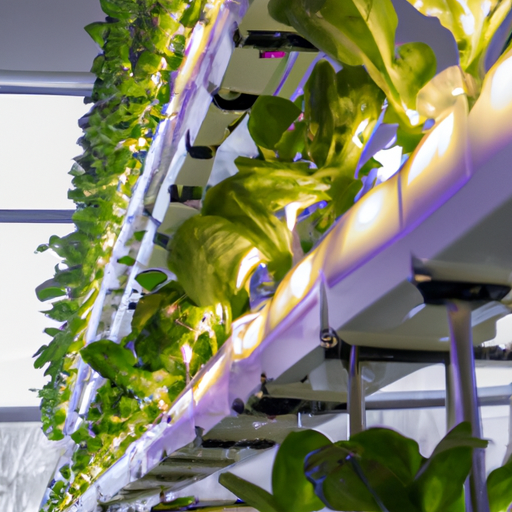 What is vertical farming?

Vertical farming is a technique of producing food and medicine in vertically stacked layers, such as in a skyscraper, used warehouse, or shipping container. The crops are grown using hydroponics, aeroponics, or aquaponics, in an indoor, controlled-environment agriculture system, with or without the use of soil.

Vertical agriculture has several potential benefits, including reducing the use of land, water, and fertilizer, and reducing the need for pesticides and herbicides.

It also allows for more efficient use of space, and faster production and harvesting. This can result in faster, fresher, and cheaper produce for consumers, while promoting sustainability and environmental protection.

Related:
DIY Gardening: How to create a Vertical Wall Garden

How is climate change affecting the global agriculture industry?

Climate change is having a significantly negative impact on the global agriculture industry. It is impacting growing seasons by making them longer, shorter, or more unpredictable, leading to crop failure and decreased yields of crops.

In addition, extreme weather events caused by climate change, such as flooding, drought, and heatwaves, have caused significant crop damage and disruption to farming operations.

Furthermore, rising temperatures and changing precipitation patterns are leading to increased pest and disease pressure, as well as soil erosion and other environmental degradation, further exacerbating the effects of climate change on the global agriculture industry. 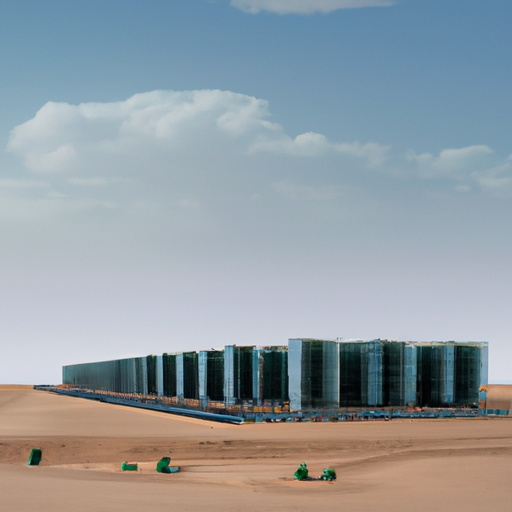 A vertical farm is a great way to take advantage of unused space and make productive use of it. It’s especially useful in desert areas, where limited water resources can make traditional farming impossible.

In addition to reducing water consumption, vertical farms can also help increase the local food supply, create new jobs and reduce air pollution. By taking advantage of the natural light and temperature of the desert environment, vertical farms can produce fresh, organic foods in a fraction of the time of traditional methods. It’s an innovative idea that has the potential to change the way we think about farming. 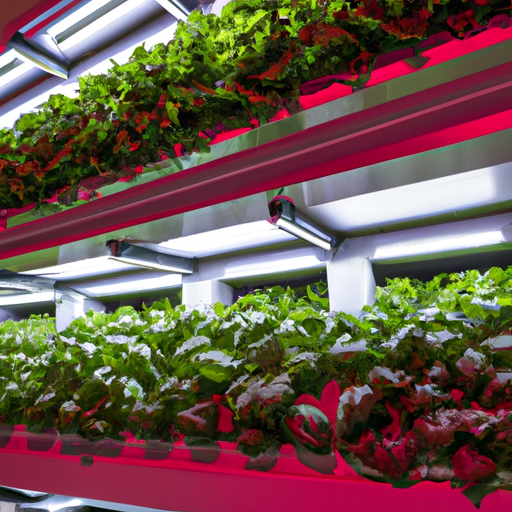 What are the advantages of vertical farming?

As a result, vertical agriculture can increase production efficiency and, as previously mentioned, reduce the need for pesticides and herbicides, and water and energy consumption, as well as transportation costs.

Finally, vertical farming can also help reduce agricultural land loss by freeing up more space for other uses, such as housing and commercial development. 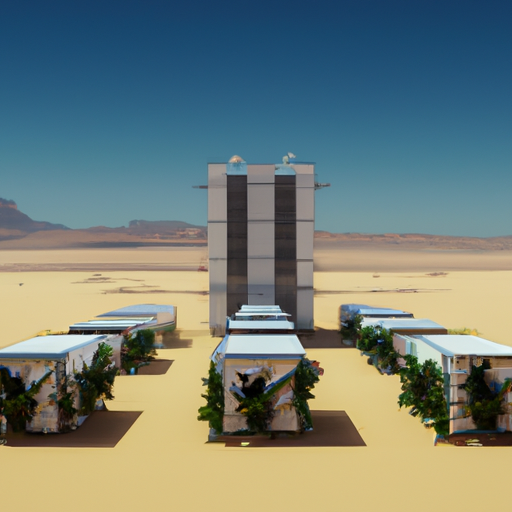 What are the challenges of vertical farming in desert environments?

Vertical farming in desert environments can be quite a challenge. The lack of rainfall, intense heat and rapid swings in temperature all create problems for farmers. Irrigation can help, but the water needs to be properly stored and managed in order to be an effective solution.

The intense sunlight of the desert can also be an issue, as the intense light can easily damage crops if shading isn’t provided. Additionally, the harsh soil conditions present in the desert may require additional nutrient inputs to create an ideal growing environment.

While vertical farming can be successful in desert environments, it does present additional challenges compared to more temperate climates. 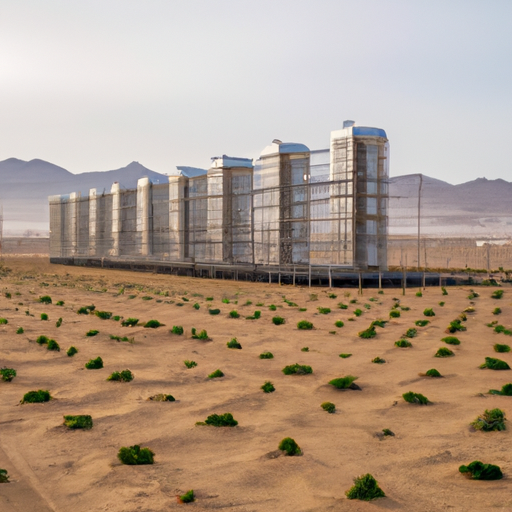 What are the potential solutions to these challenges?

If you’re interested in the possibility of vertical farming in desert environments as a potential solution to food scarcity and water conservation issues, there are a few potential solutions you should know about.

Hydroponic systems can be used to grow plants without the need for soil, which can help to reduce water usage. Additionally, growing crops in open or closed greenhouses, or indoor vertical farming, has potential to help protect the plants from desert conditions.

Finally, using technologies like aquaponics, which combines fish and plant farming, and renewable energy to power the facilities, can create a self-sustaining ecosystem that can help overcome the challenges of desert farming. 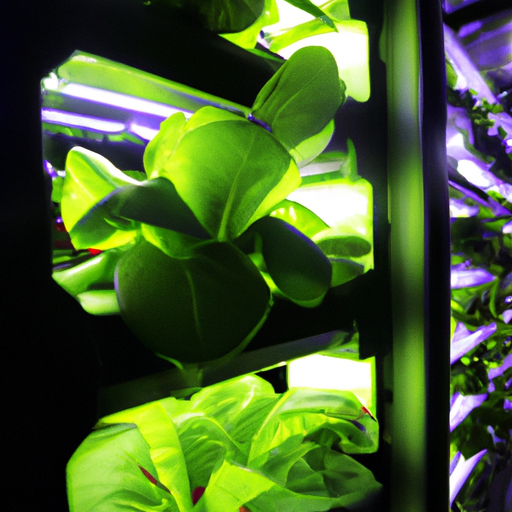 Vertical farming offers a potential solution to many of the issues associated with traditional farming, such as shorter growing seasons, limited access to land and resources, and environmental concerns. Despite its advantages, however, vertical farming has not become more widespread due to the high cost of implementation and the lack of available technology.

In addition, the methods used to grow vertically tend to be more labor-intensive than traditional methods and require considerable expertise. As a result, the cost and complexity of implementing vertical farming can make it difficult for many farmers to justify the investment. 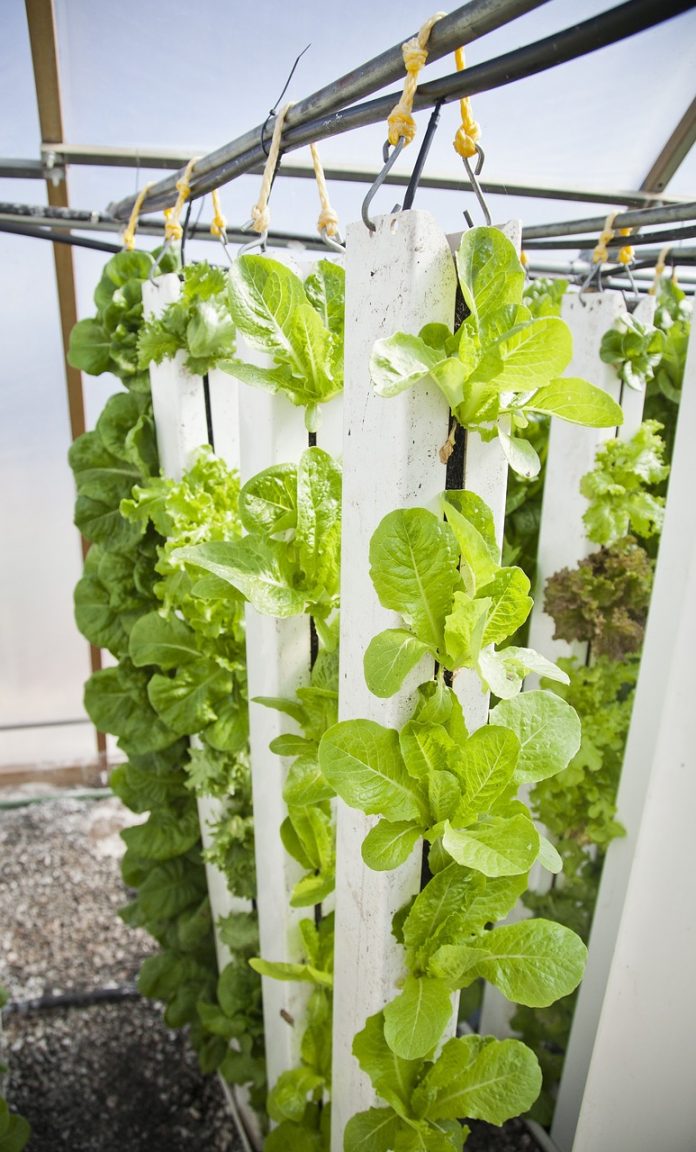 What are the challenges to grow staples like wheat and rice in vertical farming?

Growing staples like wheat and rice in vertical farming can present a range of challenges. Staple crops tend to require large amounts of space and large-scale farming methods. Vertical farming, while more efficient in terms of space, still has its limitations.

Additionally, staple crops often require ample amounts of sunlight, water, and soil nutrients, all of which are harder to provide when growing them in vertical farming setups.

Finally, the quality of vertical-farmed staple crops may not be as high as those grown in traditional farming methods, leading to a lower yield which could make the venture unprofitable. 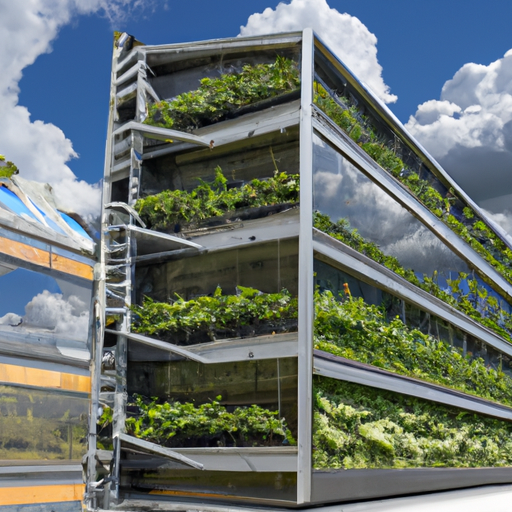 Are there already vertical farms producing rice on large scale?

Vertical farming is a relatively new concept, and as such, it is not yet producing rice on a large scale. However, some organizations are currently experimenting with vertical farming with the goal of eventually producing rice. This is being done through urban agriculture and controlled environment agriculture, both of which aim to make use of a confined space and controlled climate to maximize yield.

Through the use of hydroponics, aeroponics, and other systems, vertical farm prototypes are now being tested to determine the viability of producing rice on a large scale. With this in mind, it is possible that vertical farms may one day become a major contributor to rice production. 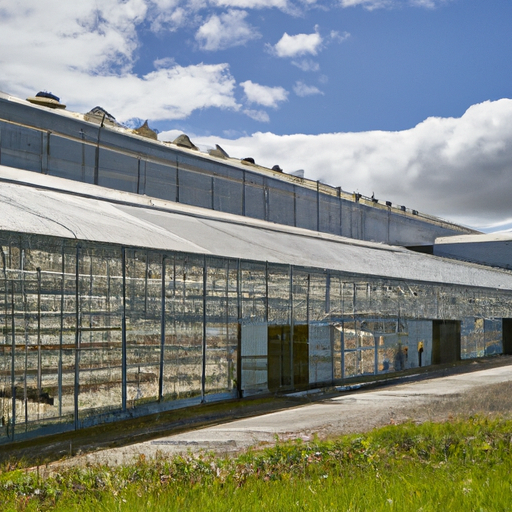 Vertical farming can be a great way to produce many kinds of food, including potatoes, carrots, ginger, peanuts, and other underground growing foods. Vertical farms can be made to fit many different sizes and budgets, making them an ideal option for farmers looking for sustainable and efficient agricultural production.

Utilizing hydroponic and aquaponic systems, vertical farms are able to produce high-quality and nutrient-rich foods in a much smaller space than traditional farming. Vertical farming also offers farmers the opportunity to extend their growing season and reduce their reliance on chemical fertilizers, thereby helping to promote a more sustainable approach to food production.

Vertical farms can indeed be used to grow vertical farm produce, such as potatoes, carrots, ginger, peanuts, and other underground-growing foods. 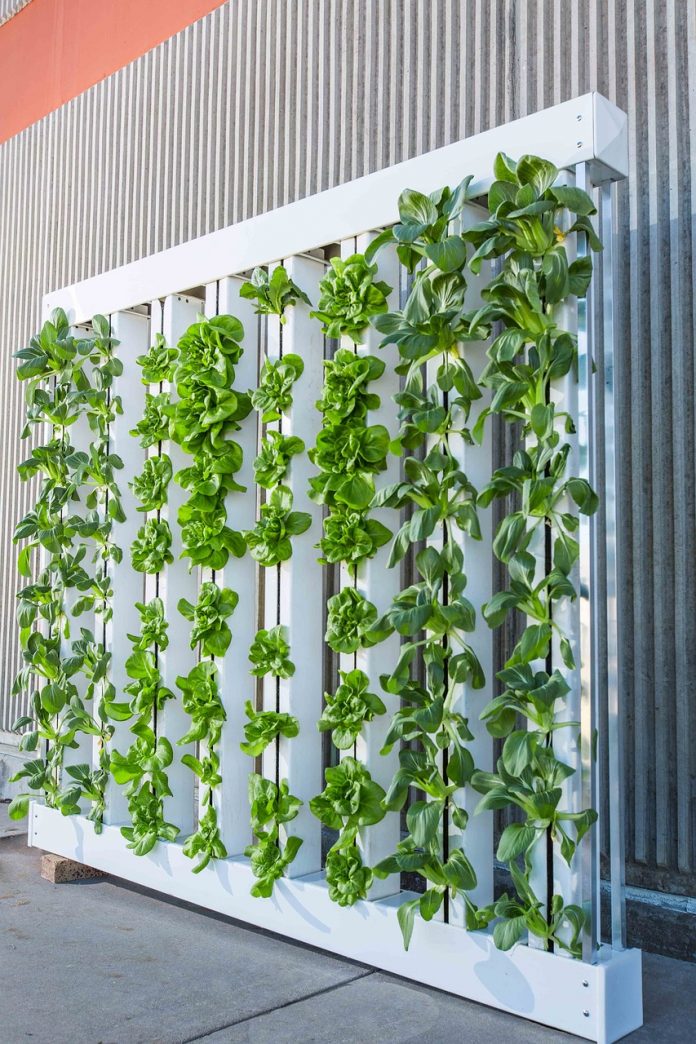 Can vertical farming be a profitable business?

Vertical farming has the potential to be a highly lucrative business as it offers advantages over traditional methods of farming. Vertical farming typically requires less land and lesser amounts of water, fertilizer, and other inputs, making it a more efficient and cost-effective way of producing crops.

Furthermore, because it can be done in urban areas, vertical farming can provide access to fresh foods in areas that are traditionally underserved in terms of grocery stores.

Finally, vertical farming can provide distinct advantages when it comes to the quality of the products, as the crops are typically grown in more controlled, contained environments. All of these factors point to vertical farming being a potentially highly profitable business.

Related:
Vertical Gardens: What You Need To Know To Grow Your Own 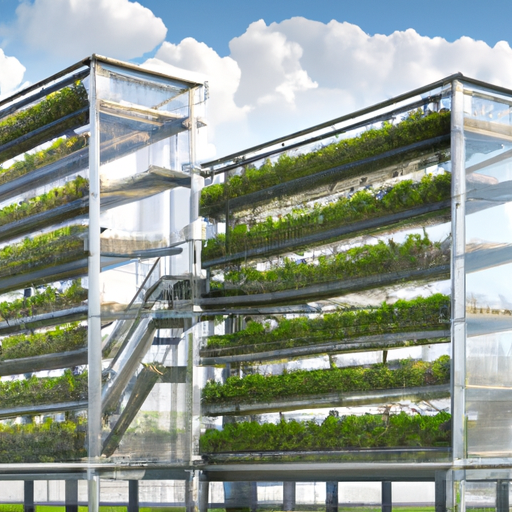 Vertical farming has the potential to greatly reduce global food shortages by providing much needed fresh food in areas of the world where arable land is scarce or unavailable. Vertical farms stack layers of hydroponic crops in indoor facilities, making the most of limited space.

This technology can also reduce the environmental impact of traditional open-air farming, since vertical farms require fewer resources such as water and soil. Vertical farming can also help farmers to manage their crops more efficiently, as the environment within the facility can be more easily controlled than if they were grown outside.

With these advantages, vertical farms could be a powerful tool in helping to prevent global food shortages in the future.

What is the future of vertical farming in desert environments?

Vertical farming in desert areas has the potential to maximize water use, reduce soil erosion, and decrease the amount of energy needed for large-scale farming operations. With the right environment and technology, it could even provide a self-sustaining system that produces enough food to feed a large population in the desert.

There is still a lot of research and development to be done, but the potential of vertical farming in desert areas is certainly something to keep an eye on. 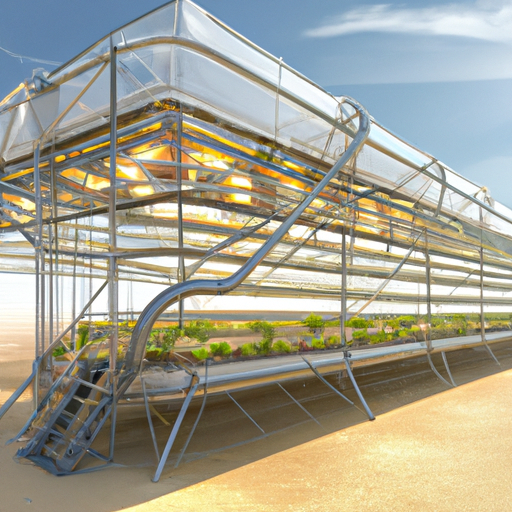 Is vertical farming the future of agriculture?

Vertical farming is an intriguing idea that could offer a sustainable and space-efficient way to produce food in the future. It involves growing plants on vertically stacked shelves in a climate-controlled environment. This would allow farmers to more easily control water, temperature, light, and other environmental conditions needed for plants to thrive.

Vertical farming could help reduce the need for pesticides, conserve water and energy, reduce the demand for land, and potentially produce a greater yield than traditional farming.

Although there are still many challenges that need to be addressed before vertical farming can be a successful solution, its potential for transforming the agricultural industry is exciting and could be an important tool in the future of sustainable farming.

Environment
The biggest concern with road salt is how it affects water quality. The stuff just doesn’t disappear when the snow and ice melts, it washes away into lakes and streams or seeps into groundwater supplies.