In late June of 2010, Premier Kuupik Kliest of Greenland announced that his government has given the go-ahead to Cairn Energy to drill two exploratory wells in the Davis Strait. Drilling is expected to commence shortly. There has been considerable concern in Inuit communities across the arctic region over this decision, especially as the oil spill in the gulf of Mexico continues to dominate the news, along with the oil spill in the Red Sea, and continued stories of the environmental disasters unfolding in the waters of the Niger River.

For the people of Greenland, oil exploration and development brings the prospect of economic development and the road to self-sufficiency. The Greenland government only recently received control over its natural resources from Denmark, and continues to work towards independence. The economic benefit of exploiting what is thought to be vast oil and natural gas reserves would greatly bolster the country’s ability to become independent and support its population. Many see arctic drilling as inevitable, and argue that it is best to let it happen on terms favourable to local peoples, rather than let corporations or distant governments dictate the terms.

On the other side of the coin lie the dangers of off-shore drilling, especially in an environment as harsh, and ecologically fragile, as the Arctic. There are few laws and standards in place to protect the Arctic and provide guidance on drilling. That is all new territory. At the same time, the Canadian government will allow oil companies to drill without requiring a relief well to be drilled at the same time, a precaution in case of a blow-out. Oil exploration companies argue that the cost of the relief well is too high for exploratory drilling, and the risks of a blow-out too low.

Should a blowout or major accident happen, there doesn’t currently exist the same level of support infrastructure that allowed British Petroleum to react as quickly as it did to the Deepwater Horizon blowout. All of that equipment would have to be located and transported to the Arctic, and then operate in conditions for which it has never been tested. The high arctic is a far harsher clime than the Gulf of Mexico, with shifting pack ice, banks of blowing snow, and winter temperatures that can plunge to -60 Celsius.

Though the maritime ecology of the far north is sparse, it is far from barren, as some assert. The region supports a rich, though fragile, ecosystem, from delicate shrimp picking their way across the underside of the ice, to bowhead whales, beluga whales, seals, and polar bears. This ecosystem would be devastated by an oil spill. Prince William Sound, the location of the Exxon Valdez spill, is still not fully recovered even 15 years later, and it is much further south, and much more amenable to clean up, than the water of the Arctic Ocean or the Davis Strait.

It is this ecosystem that the local people rely on for subsistence living. Thousands of Inuit still find the majority of their food and other resources living on and under the ice of the arctic waters. The spectre of those waters being fouled by oil has led some northern groups to call for an outright ban on all oil exploration.

An outright ban is not likely to happen, as the world continues to demand ever-larger amounts of oil. Even as the first steps are being made towards alternative energy, especially for vehicles, there has to be a realization that any switch is going to take time, and that in the interim oil and gas will be required. What needs to happen in this transition period is that governments and corporations need to ensure that any drilling and oil exploration is carried out as responsibly as possible, and that concerns of native groups are taken into account. 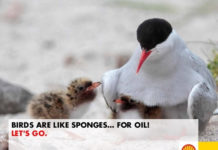