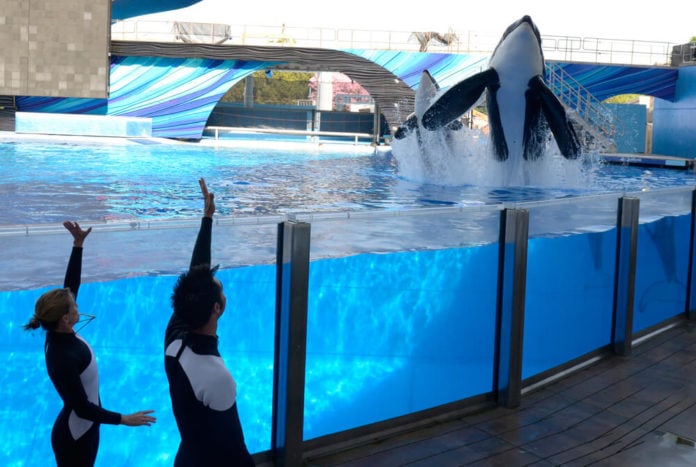 The recent death of a baby beluga whale at the Vancouver Aquarium has reignited the debate over the ethics of keeping whales in captivity. Nala was just over a year old when she died after her airway was obstructed by an inflammation brought on by foreign objects in a pocket off her airway. Compulsively swallowing object like rocks and pennies is thought to be symptomatic of neurotic behaviour, though at only a year old Nala seemed young for that to be a problem. Nala was one of five baby belugas born at the Vancouver aquarium, and one of the three who died, too.

Earlier this year, Tilikum, the largest killer whale in captivity, dragged one of his trainers into the water, ultimately killing her. Since the 1970s, almost all documented attack by killer whales on humans have been from captive animals, often against their trainers. Many see this as evidence of psychotic behaviour in the animal, a striking out. This was actually the third human death the Tilikum had been involved in since he was taken into captivity in the late 1980s.

Dolphins confined in tanks will spend hours ramming their beaks against the walls or glass of their enclosures. At other times they swim around and around in circles, their eyes closed. For many years, West Edmonton Mall, one of the largest shopping and entertainment complexes in the world, housed three dolphins in a tank that was not much larger than a large house. This for creatures who routinely travel 100 kilometers or more in a day, dive to over 300 meters down, and can swim at speeds of up to 50 km/h.

A dolphin in captivity rarely lives for more than five years, while wild dolphins can live up to at least 40 years old. That’s if they ever even get to the tank. Over half of all captured wild dolphins die within 90 days.

The argument used by aquariums and “swim with the dolphin” programs is that they offer an educational service, exposing people to animals they would likely never see in the wild. Given that the behaviours exhibited are often completely unnatural, and usually the result of extensive training, the education value of these programs is suspect.

The other claim, that dolphins and whales are needed for research purposes, likewise doesn’t bear scrutiny. This is research on unwilling subjects, and often involved causing them intense distress and suffering. It simply cannot be justified.

The true value of these animals, as far as the aquariums and other programs are concerned, is simply economic. The group of entertainment companies that includes SeaWorld, Busch Entertainment, generated 173 million in profits to the parent corporation, Anheuser Busch, along with uncountable amounts of promotional value.

Dolphins and whales are intelligent, social creatures, superbly adapted for life in deep, open water. Their natural surroundings provide them with plenty of stimuli for their active, intelligent minds. They swim, dive, chase fish, and chase each other. In the confines of a tank, their behaviour changes. They are not as active, they can’t swim far, dive deep, or chase live fish. They are prisoners.