Greener IdealHelping you live sustainably
More
Home News Environment A Glimpse into the Future: The World’s Oceans (Part 2 of 2) 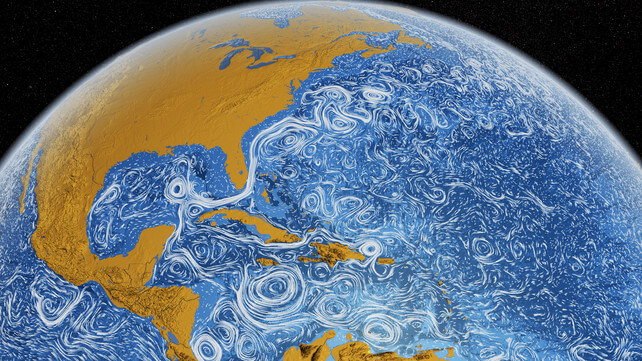 In the first part of this series, we looked at the stresses besetting the oceans, and how those stresses are likely to continue for a long period of time, even if we end our depredations of fish stocks, and stop pouring carbon dioxide into the atmosphere. Now, we’re going to look at some of the alternatives that may accompany the previously identified problems.

As wild fish stocks decrease, nations and corporations will have to increasingly turn to various forms of aquaculture in order to provide that protein. There are a variety of technologies and concepts that will result in fish-farming being much more environmentally friendly and sustainable. Self-propelled open net cages will allow shallow-water farms to move around so that they don’t overwhelm local ecologies. Deep water open cages have enough of a water column below them to allow waste to disperse and settle. Fish farms that create whole, if limited, ecologies will likely be the most sustainable of all, but also the most costly, much like land-based organic farming.

While improved aquaculture methods may be the key to providing sufficient fish for consumption, there has to be recognition that moving away from the current hunter-gather method of fishery to aquaculture will mean significant tradeoffs. Just as we have domesticated cattle and chickens, and engineered them over the centuries into ideal food animals, so too will we modify fish. A cross-country airplane flight in most nations will reveal how much we have changed our landscape to support farming, and similar modification will be necessary for the oceans. If we can isolate the fish farms from wild stocks, then the move to aquaculture will allow fish stocks to replenish.

A future airship flight over the North Pacific gyre will reveal robotic ships siphoning water to filter out plastic, while the cleared area will sport immense grids of deep-water cages, with a central building housing power generators and processing facilities. Homes for the workers will be strung along the supporting piers of the grid, each home a self-contained underwater habitat. The waiting list for jobs on the farms will be very long, if only for the living conditions.

Most marine mammals, save possibly the very largest, will also recover, so long as the whaling ban remains in place. With low birth rates and long maturation periods, oceanic mammals are vulnerable to over-exploitation. However, as sharks and related apex predators are virtually eliminated, various species of marine mammals, especially porpoises, dolphins, and orcas, will move to fill the vacated ecological niches, allowing their population to expand.

An increased emphasis on ocean farming will lead to commercially practical uses for Ocean Thermal Energy Conversion. This is a method of generating power by using the temperature differential between the surface of the sea and the cold depths. Initial projects will run farms, and much of the power will go towards building limestone structures by accreting them out of seawater. The rest will supply the needs of the farm and it workers, recharging electric boats and water-scooters, and generating hydrogen for larger vessels. Processing would be largely done on site, and the leftover chum would be used in the farm operation as feed and fertilizer. Processed and fresh fish would go out on a set schedule with one of the workhorses of the future, the solar-powered airship.

Related:   Green Holiday Gifts: A Piece Of The Ocean

The current movement to protect ocean environments through marine conservation zones may be the best hope for the future of the oceans. By providing these sanctuaries, people are setting aside genetic repositories, places for fish to grow and recover, and from there once again move out into the rest of the oceans, once the fishing stops.

The key to saving the oceans is two-fold: stop the harmful practices of over-fishing, plastics dumping, and global warming, and then give the oceans time to recover. We are not yet too late, though the oceans will lose a lot of their biodiversity. But the window for action is closing. In the short term, if we do nothing else, we need to set up more, and larger, marine reserves as protected places to safeguard ocean biodiversity.