Greener IdealHelping you live sustainably
More
Home News Environment A Glimpse into the Future: The World’s Oceans (Part 1 of 2) 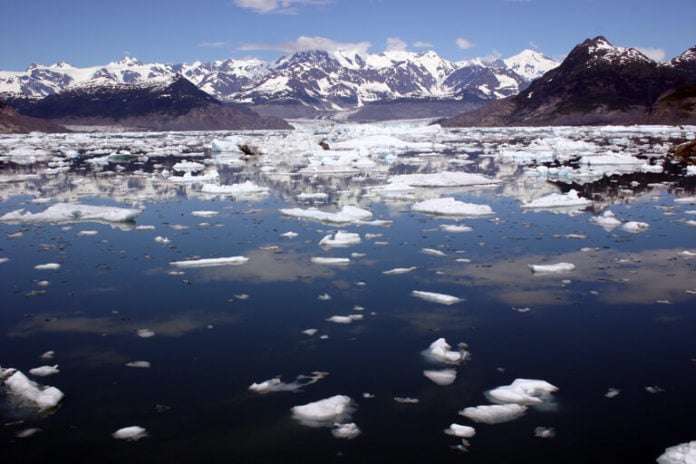 The Glimpse into the Future series of articles have so far offered an optimistic view of the near future, based on available technology and knowledge. The future of the world’s oceans, and their inhabitants, is difficult to paint quite so brightly.

There are a great many pressures on the oceans today, and even if we stopped polluting right now, those pressures would continue to run their course. The oceans of the future will be quieter places than they are now.

Climate change will continue to ravage the earth for a long time, even after the switch is made from fossil fuels to more renewable sources of power. It will take many decades, perhaps more than a century, for the excess carbon dioxide to be removed from the atmosphere, even if geoengineering techniques are applied, and if they work.

In the ocean realm, climate change is responsible for a number of serious problems. Reef destruction will be difficult to combat, though there are some ideas being applied today to the construction of artificial reefs that may help the natural ones. The use of electrical current to accrete new reef material out of seawater also seems to help natural reefs, and may be able to save some of the reefs. However, many of the reef systems that teem with life around the world will likely go silent, as the coral polyps die off, and the basis of the reef food chain disappears.

The problem of oceanic dead zones is also related to climate change, but there are more factors than simply that. The extensive use of chemical fertilizers for on-shore crops will diminish, but natural fertilizers will still result in the same algal blooms that give rise to ocean dead zones. The dead zones will eventually start shrinking, but until some other method is found to raise food for human consumption, or the human population declines precipitously, there will still be these ocean dead zones.

One of the most significant events is the effective loss of apex predators in the oceans. Sharks and other large predatory fish will disappear, or at least see drastic declines in numbers and size. Marine mammals will pick up much of the slack, though, from an ecological standpoint.

Once Japan stops hunting whales, most of the populations will recover, albeit to a much smaller population than before, largely due to a lack of sufficient food. The toothed whales will fare better than the baleen whales here, and there is a good chance that the blue whale will go extinct due to the loss of Antarctic krill. Krill are strongly affected by climate change and increased ultraviolet radiation, driving them deeper into the water, where their numbers decease with their food supply.

In the North Pacific Ocean sits the Great Garbage Patch, a Texas-sized area adrift with millions of tons of plastic, mostly photodegraded into small pieces. The good news is that as stronger recycling and disposal rules come into effect, the amount of plastic entering the environment will decline drastically. The bad news is that as the pieces in the Garbage Patch degrade, they are taken up by marine organisms. Eventually a genetically-engineered bacteria, a variant on the varieties that eat oil will be developed, but by then millions of tons of microscopic plastic flakes will have entered the food chain, where its effects will be felt for hundreds of years.

The situation won’t be completely hopeless. The flip side of the coin will be explored in another article. We have to consider that our actions today will determine what the future of the oceans will be. The view in this article is decidedly optimistic compared to other possible outcomes. We can’t just let the future happen. We have to build it.